The model, dubbed the LUCAS 3, can perform chest compressions on patients, freeing up paramedics to perform other urgent tasks.

“These devices don’t fatigue or change the delivery in any way, meaning high quality CPR can be delivered for as long as is required while freeing up the paramedic, keeping them seated and belted and able to focus on other critical aspects of patient care on a journey,” John Black, the ambulance service’s medical director, said in a statement.

“It ultimately acts as a robotic third crew member for our teams.”

Rise of the robot paramedics: The administration of proper and consistent chest compressions can greatly improve the odds of a patient’s survival, especially in cases of cardiac arrest.

“We know that delivering high quality and uninterrupted chest compressions in cardiac arrest is one of the major determinants of survival to hospital discharge but it can be very challenging for a number of reasons,” Black said.

People can become fatigued, throwing off the rhythm and depth necessary for effective CPR, or patients may need to be attended to in difficult locations, like a narrow stairway, that make delivering CPR difficult, Black said. On top of that, being unbuckled and performing chest compressions adds an element of danger whilst in a speeding ambulance.

In response to these concerns, devices which can administer mechanical CPR have been finding their way into ambulances and studies for a few years now; SCAS are the first to deploy them in the UK.

In a 2018 article in the journal Critical Care, researchers (including one author from SCAS) categorized mechanical CPR devices into two basic types: piston or load distributing band (LDB) devices.

LUCAS, the new robot ambulance crew member, is of the former; the device uses an active piston to push down on the patient’s chest. The AutoPulse is an example of the latter method, using a band wrapped around the patient’s chest to provide mechanical CPR.

Either way, the goal is to ensure consistent chest compressions in an effort to make the technique more effective and safer.

Prince George’s County fire department bought 50 of the LUCAS 2 models in 2015. Spokesperson Mark Brady told the Washington Post that “the robot delivers compressions at exactly the right rhythm and the right amount of pressure every time, unlike even the best-trained human hands.”

While the mechanical CPR devices are capable of providing high-quality chest compressions, “large randomised controlled trials of the routine use of mechanical devices in the out-of-hospital setting have found no evidence of improved patient outcome in patients treated with mechanical CPR, compared with manual CPR,” the authors wrote.

“The limited data on use during in-hospital cardiac arrest provides preliminary data supporting use of mechanical devices, but this needs to be robustly tested in randomised controlled trials.”

For their part, LUCAS’ site says that the large randomized control trials showed the device to be safe and effective, with “very good neurological outcomes,” and that it didn’t cause more injuries than delivering CPR the old fashioned way.

Basically, the consensus seems to be at least that there’s not much reason not to use mechanical CPR devices.

“They are seeing better results with saves of cardiac arrest patients that they transport.” 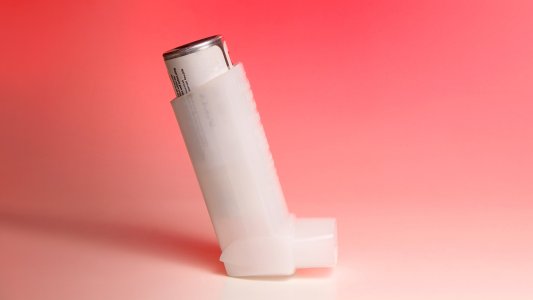 French researchers have shown an allergic asthma vaccine to be effective in mice. The next step: human clinical trials.

Medicine
The first steps towards an allergic asthma vaccine
By B. David Zarley
Subscribe to Freethink for more great stories
Subscription Center
Sections
Video
Freethink
Subscribe
We focus on solutions: the smartest people, the biggest ideas, and the most ground breaking technology shaping our future.
Subscribe