Metastasis, the deadliest and most notorious hallmark of the disease, gives cancer the ability to spread throughout the body, often overwhelming immune defenses and even the best treatments.

Despite being a primary cause of cancer deaths, there’s much about metastasis we still do not know. But now, researchers at the Cancer Research UK (CRUK) Cambridge Institute at the University of Cambridge have discovered a mechanism behind metastasis.

“Developing antimetastatic therapies has proven difficult because targets in primary tumors that drive metastasis have proved hard to find,” Eric Rahrmann, a postdoc in the lab of study leader Richard Gilbertson, tells Freethink.

Tumors’ chameleon-like abilities and protective microenvironment — a shield around them that aids tumors’ growth and hampers the body’s ability to fight back — have helped keep the mechanisms of metastasis elusive, Rahrmann says.

The new research, published in Nature Genetics, identified a cell membrane protein called NALCN that serves as an ion channel (specifically, a “sodium leak channel, non-selective”) as a “key regulator” of metastasis. These channels are found on cell membranes and control the flow of sodium into and out of the cell.

Removing or blocking NALCN activity in mice with cancer “markedly increased the number of circulating tumor cells (CTCs) and metastases,” the authors wrote in their paper.

The study also turns the common understanding of metastasis — that it’s just a cancerous trick — on its head: it turns out that healthy cells also can and do jump between organs.

When NALCN was blocked in mice who never developed cancer, the researchers found that healthy cells were also released and circulated throughout the body.

“Our models have demonstrated that even in the absence of a tumour, NALCN loss-of-function leads to enhanced shedding of apparently normal epithelial-stem-like cells into the blood stream,” Rahrmann says.

Researchers have found a mechanism for metastasis, one which we may be able to harness to repair damaged organs in the future.

“These findings are among the most important to have come out of my lab for three decades,” Gilbertson said.

“Not only have we identified one of the elusive drivers of metastasis, but we have also turned a commonly held understanding of this on its head, showing how cancer hijacks processes in healthy cells for its own gains.”

If borne out by further research, the discovery could provide a target for stopping or slowing metastasis — as well as open the door to harnessing our own cells to repair damaged organs.

“Further investigation of this process may lead to a better understanding of how to harness our internal epithelial stem cell pools that reside in many of our organs to be mobilized throughout the body to repair ourselves,” Rahrmann says. 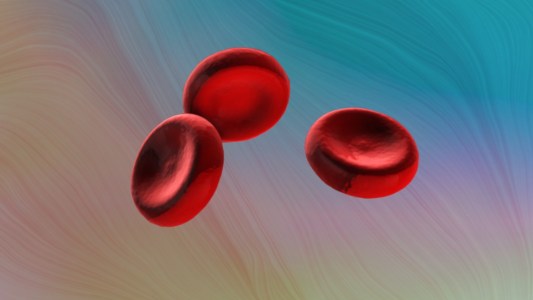 Bloodstream infections have a high mortality rate. But a new test to catch them faster could lead to more saved lives.