Meth addiction no more: a Kentucky-based research team is close to creating a drug to curb methamphetamine use disorder.

Can understanding why a rooster crows lead to a cure for meth addiction? For Linda Dwoskin, it can. In fourth-grade science class, Dwoskin learned that when a rooster sees light, it triggers neurons in the brain that coax the rooster to sing “Cock-a-doodle-do!”

Intrigued, Dwoskin dedicated her life’s work to studying the brain. As a pharmacologist, she focuses on substance use disorders and how stimuli — like light from the cresting sun triggering a rooster’s crow, or drugs triggering addiction — can hijack the brain. Her unwavering path may lead to a life-saving miracle drug for meth addicts.

Dwoskin and her Kentucky-based research team are close to creating a drug to curb meth addiction — allowing addicts the ease of popping a pill for recovery.

Dwoskin found that when drug-addicted mice are taking her drug, they aren’t even interested in methamphetamine.

“In Kentucky, people who are studying opioids find that a lot of the people who, once they stopped taking opioids, they’re taking methamphetamine. Most people who use substances and have substance use disorders, they don’t just take one drug. But as the opioid problem is being treated, the methamphetamine problem seems worse,” she says — but we’re not as prepared to respond to the meth crisis.

Unlike meth addiction, there are medications available to treat adults addicted to opioids. Drugs that block the high from opioids, like Vivitrol and Suboxone, can be useful, mainly when they are prescribed with counseling and behavior therapies, a practice called medication-assisted treatment (MAT). And there is an opioid overdose reversal spray, naloxone, which is carried by many first responders.

But, currently, there are no FDA approved medications to treat methamphetamine addiction — leaving first responders and social workers struggling to deal with the growing crisis.

Not for long. Dwoskin says that her team is close to finding a treatment that works. With success in mice models, one drug candidate could be heading towards a clinical trial.

Methamphetamines work by hijacking a natural process in the brain, causing a deluge of dopamine, the “happy hormone.” The intense, euphoric high that can lead to addiction. Like Vivitrol and Suboxone, Dwoskin’s drug is an antagonist, meaning it attaches to meth receptors in the brain and stops them from activating. This neutralizes the drug’s effect on the brain.

“I figured if you could block meth’s initial action, then even if (methamphetamine) works at the dopamine transporter, the one on the outside, there wouldn’t be anything for it to release. The dopamine would still be stored in the vesicle like it’s supposed to be,” she says.

What’s more, Dwoskin found that when drug-addicted mice are taking her drug antagonist, they aren’t even interested in methamphetamine. Given the option, they won’t self-administer the drug. They lose interest in meth entirely.

Still, she says that curbing meth addiction is only half the battle. Users’ brains then have to heal from the damage of chronic abuse.

Dwoskin and her team at the University of Kentucky School of Pharmacy still have a long way to go before FDA approval. In the meantime, people suffering from methamphetamine use disorder, and their families, flood Dwoskin’s mailbox with letters and emails relating their suffering and hoping for a cure.

“I’m very optimistic that it will work in people. I don’t see why it wouldn’t. It’s just a matter of testing it to make sure,” she says. 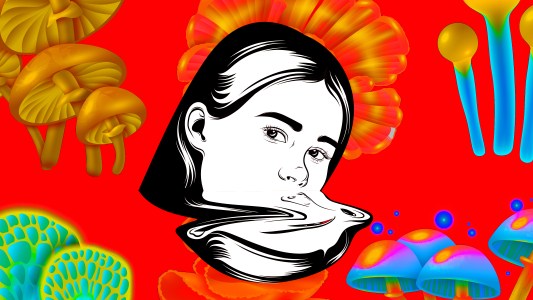 New findings on psychedelics and depression show the benefits of microdosing, and could present more effective treatment options.

Drugs
New promise for psychedelics and depression
Subscribe to Freethink for more great stories
Subscription Center
Sections
Video
Freethink
Subscribe
We focus on solutions: the smartest people, the biggest ideas, and the most ground breaking technology shaping our future.
Subscribe