New research on psychedelics and depression has caused some in the medical community to take a fresh look at age-old medicines — and government policy may soon follow. Like the movement kicked off by Timothy Leary in the 1960s, today’s experiments with “microdosing” psychedelic drugs began as a grassroots effort challenging taboos, both cultural and legal. This time around, however, in the midst of a spiraling opioid epidemic, an overdependence on pharmaceuticals, and widespread dissatisfaction with the human and financial costs of the war on drugs, there is evidence that the government may in fact be listening.

Psychedelics, Then and Now

Although microdosing for depression is relatively new, use of psychedelics for transcendental experience or medical benefit has a long lineage. Psilocybin was a fundamental part of many ritual ceremonies in pre-Columbian Mesoamerica, where the mushrooms that provided it were known as teonanácatl, literally the “God mushroom.” Similarly, ayahuasca is so important to the identity of Amazonian peoples that the government of Peru made the ritual part of its National Cultural Heritage in 2008.

In the United States, the use of psychedelics has a more controversial history. The synthesis of LSD in 1938 set off three decades of research into the substance, culminating in the countercultural experimentation of the 1960s. In 1970, with Vietnam protests still raging in the streets, the Nixon administration moved to criminalize psychedelics through the Controlled Substances Act.

From then on, psychedelics would be categorized as Schedule 1 drugs, with “no currently accepted medical use.” Federal dollars dried up, and official research came to a generation-long standstill.

Outside of sanctioned laboratories, however, experimentation continued. In addition to being generally non-addictive, these substances can provide a perspective that many have likened to a spiritual awakening. Decades of anecdotal testimony claim that, far from constituting a form of escapism, these experiences can be positively, and permanently, life changing.

Used in smaller amounts, however, the effect is much more subtle. “I can get stuck in ruminative, negative thoughts, and microdosing streamlines them so I can stay more in the moment,” says Michelle Janikian, journalist and author of Your Psilocybin Mushroom Companion, a book that dives deeply into the various ways of using psilocybin, including the connection between psychedelics and depression.

As an adolescent, Janikian was misdiagnosed with bipolar disorder and prescribed a raft of pharmaceuticals from Lamictal to lithium, with side effects including nausea, apathy, and constant fatigue.

“Because these drugs numbed my emotions at such a young age, I wasn’t really learning how to process and handle them,” she adds.

Microdosing mushrooms for depression, she says, allows her to fully experience emotions in a healthy way.

New Research on Psychedelics and Depression

The grassroots resurgence of interest in microdosing psychedelics for depression has caused the medical community to take notice of the drugs. In fact, psychedelics — in larger doses — are now being trialed for use in treating major depression in the terminally ill.

Recently, NYU commissioned a study to test the effectiveness of using psychedelics to treat depression among patients with terminal illnesses — a cohort that has been difficult to treat in the past. Participants in the study were given either psilocybin or a placebo, asked to state their intention, then lie down on a couch in comfortable, living room-like surroundings. Equipped with headphones playing soothing music and an eye mask to blot out distracting stimulation, they were accompanied throughout by a guide.

“I thought the first 10 or 20 people were plants — that they must be faking it.”

According to Dr. Stephen Ross, professor of psychiatry and the study’s director, just one psilocybin treatment was enough for cancer patients to experience dramatic reductions in anxiety and depression, effects that lasted for at least six months.

“I thought the first 10 or 20 people were plants — that they must be faking it,” Ross told journalist Michael Pollan. “They were saying things like ‘I understand love is the most powerful force on the planet,’ or ‘I had an encounter with my cancer, this black cloud of smoke.’ People who had been palpably scared of death — they lost their fear. The fact that a drug given once can have such an effect for so long is an unprecedented finding. We have never had anything like it in the psychiatric field.”

But How Do They Work?

The chemical wall that stops 95% of pharmaceuticals dead in their tracks is known as the “blood-brain barrier.” While this necessary defensive system protects us, it creates a significant difficulty for those attempting to treat diseases of a neurological nature, such as depression, brain tumors, and Alzheimer’s.

But many psychedelics are able to cross that no-man’s land, either by being lipid-soluble (which is how psilocybin works) or by increasing the permeability of the barrier itself (which is the case for MDMA, the active ingredient in ecstasy).

Although there are significant differences in the chemistry and effects of different psychedelics, there are some traits that they have in common. These substances appear to quiet areas in the brain that have to do with our sense of self, such as the default mode network (DMN) or the amygdala, thus fostering a greater feeling of connectedness. Meanwhile, they stimulate areas such as the limbic system, which governs our emotions, and the prefrontal cortex, the brain’s executive processing center. In short, they seem to quiet the areas that get us “stuck in ourselves” — and thus, perhaps, susceptible to depression.

Through various mechanisms, psychedelics also tend to stimulate the production of serotonin, which is thought to improve mood. Depending on the substance, other chemicals such as oxytocin and prolactin, regulating love and bonding, or dopamine, promoting pleasure, can also be stimulated. The immediate “high” of the drugs can last anywhere from the very short (ayahuasca) to the very long (LSD); although in small studies, the effects on disorders such as depression and PTSD can be remarkably long-lasting. In contrast to the interaction of psychedelics and depression, the effects of current methods of mental health treatment — such as antidepressants and therapy — often tend to fall off once halted.

Just one psilocybin treatment was enough for cancer patients to experience dramatic reductions in anxiety and depression, effects that lasted for at least six months.

Psychedelics — even when microdosing for depression — do come with dangers. Although not physically addictive, there is a potential for psychological addiction, especially for those suffering from personality disorders. A small percentage of users have reported suffering from hallucinogen persisting perception disorder, a condition where visual phenomena, such as “snow” and color distortions, persist after the experience. As a stimulant, MDMA can increase the risk of heart disease. And because the substances are illegal, there is the risk that black market dealers may lace them with addictive and seriously dangerous drugs, such as fentanyl, ketamine, or meth. All the more reason, then, to proceed with caution.

Although researchers are exploring the interplay between psychedelics and depression, the substances are still classified as Schedule 1, meaning that they are not available for legal purchase, even at your local cannabis dispensary. Experts also caution against picking magic mushrooms in the wild, as more people are harmed every year from poisonous mushrooms than from bad trips.

The wave of marijuana legalization across the U.S. may be ushering in a new social paradigm, in which ancient medicines and taboo substances are being given a fresh look — and for good reason. According to the National Center for Biotechnology Information (NCBI), between 10 and 30% of people who suffer from major depression do not experience improvement when they use currently available medications. Although more research needs to be done, the implications for psychedelics and depression, especially when it comes to relieving the suffering of people with such “treatment-resistant depression,” are hard to overstate.

Beyond relieving depression, though, the side benefits of microdosing psychedelics may also be worthy of further scientific exploration. As Janikian puts it, “Psychedelics help us get in touch with what really matters. They’re a way to show yourself appreciation and gratitude. People call it an emotional reset — you feel a greater appreciation for the world after seeing it from a different point of view.” 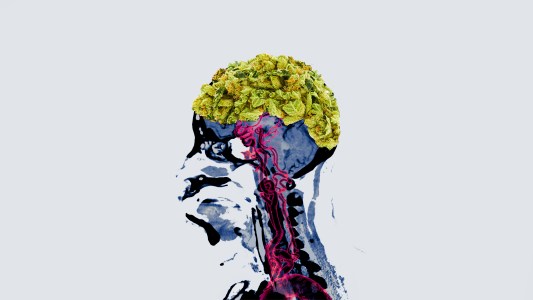 When typical medications simply aren’t doing enough to manage their children’s symptoms, mothers like Jenni Mai are turning to medical marijuana. But with current regulations, parents are having to become pharmacists for their own families, and some are even moving across the country so they can legally access cannabis.

Series|Dope Science
Cannabis as a natural treatment for autism
7:07
Subscribe to Freethink for more great stories
Subscription Center
Sections
Video
Freethink
Subscribe
We focus on solutions: the smartest people, the biggest ideas, and the most ground breaking technology shaping our future.
Subscribe