Moderna may be preparing to put its mRNA vaccine technology to the test against a disease far more fearsome than COVID-19: Ebola.

Bloomberg reported in late October that the Massachusetts-based biotech was nearing a deal with the Department of Defense to develop mRNA vaccines against “a range of biological threats,” Ebola amongst them.

Citing sources not authorized to speak on the deal because it has yet to be made official, the contract will pair Moderna with researchers at the University of Texas Medical Branch at Galveston (UTMB) to develop the vaccines.

Previous Moderna research, published in 2018, showed that modified mRNA vaccines were capable of protecting guinea pigs from Ebola virus (although it’s worth noting that guinea pigs are not the gold-standard model for the disease).

Ebola has vaulted past monkeypox and SARS-CoV-2 to the top of the public health conversation, as an outbreak in Uganda that began in late September continues to spread. As of November 7, there have been 136 confirmed cases and 53 confirmed Ebola deaths, a case fatality rate of nearly 40%.

While there are a couple of approved vaccines and antivirals for Ebola, they are only designed for the Zaire Ebola strain (which sparked the West African epidemic in 2014).

Uganda is currently facing a different beast, Sudan ebolavirus, and while vaccines and drugs for one virus sometimes provide partial protection against related strains, this is not likely to be the case for Sudan Ebola virus.

According to Bloomberg, Moderna’s mRNA vaccine will be designed to battle both the Sudan and Zaire strains, as well as Marburg, a deadly cousin to Ebola.

An mRNA vaccine could have some advantages over the current options, University of Pennsylvania vaccinologist Norbert Pardi told Nature.

The ideal vaccine would protect against multiple strains of Ebola.

Because they use the genetic code to deliver instructions for an antigen that cells then crank out — such as the spike protein of SARS-CoV-2 — and ignite an immune response, it’s relatively easy to just modify what the mRNA is coding for, a plug-and-play platform.

The ideal vaccine would protect against multiple, or all, members of Ebola’s deadly family, the filoviridae, which cause viral hemorrhagic fevers, UTMB virologist Alex Bukreyev told Nature. One shot would be easier to distribute in the regions where the thread-like viruses turns up, which are often rural, poverty-stricken, and sometimes — as in the case of the DRC’s 2018 North Kivu/Ituri outbreak — riven by armed conflict. 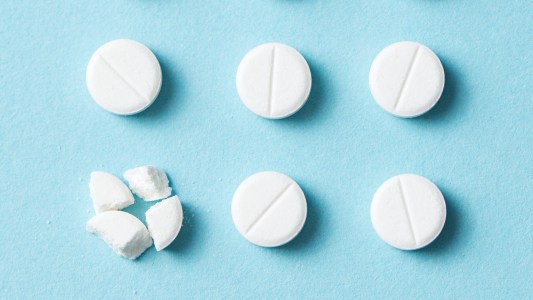