Monkeypox infections have now been confirmed in countries across Europe, North America, and in Australia.

Cases are cropping up without any known connection to Central or West Africa, where the virus is endemic — the first time such chains of human-to-human transmission has been seen in Europe, the European Center for Disease Prevention and Control said in a report.

We’ll take a quick look at the disease and the virus — and the vaccines that may be rolled out to fight it.

What is monkeypox disease? Monkeypox has a long incubation period, usually one to two weeks, according to the CDC. The illness begins like many others — fever, exhaustion, chills, swollen lymph nodes, head and muscle aches.

But its signature sign is a rash that turns into painful lesions, or pox, often on the palms.

Depending on which strain of the virus it is, the case fatality rate ranges from under 1% to over 10%, according to the WHO. (The current outbreaks around the world are, fortunately, the West African clade of monkeypox, not the deadlier Congo Basin clade.)

Monkeypox belongs to a genus of viruses that includes variola virus, the cause of smallpox — one of the deadliest diseases to ever haunt humanity, and the only human virus ever eradicated.

That close relationship may play a pivotal role in snuffing out these outbreaks, because the smallpox vaccine can also ward off monkeypox.

Monkeypox belongs to a genus of viruses that includes variola virus, the cause of smallpox — one of the deadliest diseases to ever haunt humanity, and the only human virus ever eradicated.

Vaccines for monkeypox? Despite being eliminated from nature for over 40 years, the US has a stockpile of smallpox vaccines in reserve, should the deadly virus ever return.

This Strategic National Stockpile (SNS) currently contains three different vaccines: a live-virus vaccine similar to the one used to eradicate smallpox, a new vaccine licensed in 2019, and a third experimental vaccine.

The new vaccine, Jynneos, was licensed in the US in 2019 to protect against both smallpox and monkeypox — making it the world’s first monkeypox vaccine. It’s approved for people over 18 who are at high risk of contracting monkeypox or smallpox — however, despite being FDA-approved, physicians cannot prescribe the vaccine because the CDC controls the entire supply.

Jynneos uses a weakened, non-replicating relative of monkeypox and smallpox, called vaccinia virus, which was also the source of the old smallpox vaccines.

Because monkeypox is so rare, the vaccine’s effectiveness against the virus had to be tested in the lab and in animals, according to RxList. Studies tested how well the antibodies produced by the vaccine neutralize the virus, and if vaccinated animals were protected when challenged with the virus.

The live-virus vaccine, ACAM2000, also contains vaccinia virus, and also provides cross-protection against monkeypox, but this version of the virus is alive and well. It is delivered using a method your parents or grandparents may recognize: by using a two-pronged needle dipped into the vaccine and then poked several times into the upper arm.

Data from Africa suggests that smallpox vaccines are at least 85% effective at preventing monkeypox, the CDC says; however routine smallpox vaccination stopped after the virus was eliminated, so hardly any younger adults are protected.

But these vaccines could now prove key in containing the monkeypox outbreaks, through “ring vaccination” of any close contacts of confirmed cases. Because of monkeypox’s slow incubation time, the vaccines fortunately can provide protection up to four days after exposure.

“It is possible that even though the supplies of that vaccine are somewhat limited from country to country, a ring vaccination strategy could be used to prevent people who have been exposed from becoming infected,” virologist Angela Rasmussen told the CBC. 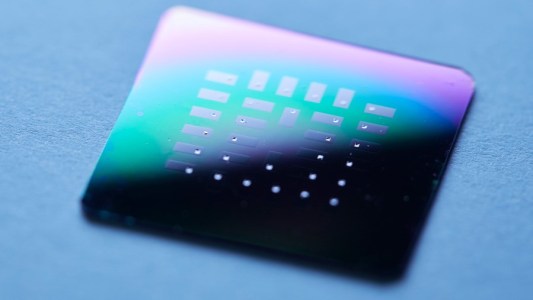