It is shockingly contagious. It can kill upwards of 30% of those it infects. Those who survive are often left scarred or blinded. In the absolute worst cases, the eyes turn crimson with blood, and death is both ugly and painful.

And, unlike COVID-19, children are not spared the worst.

This is — was — smallpox. A plague so vicious and unstoppable it was widely believed to be divine wrath.

Is it any wonder that such a disease inspired the very first vaccine? Or the world’s first global eradication effort?

Now, new research out of the lab of Harvard’s Thomas Kupper suggests that the very first technique for delivering the smallpox vaccine actually may be better at creating immunity to respiratory viruses than the neat modern syringes that we use today.

Using mice and a two-pronged needle, Kupper’s lab showed that the old-school technique of skin scarification produced not only a robust immune response, but one that was concentrated in the right place.

Sticking It to Smallpox

Modern vaccines are often delivered via hypodermic needles into the fat or muscle below the skin. This isn’t the only way to be vaccinated, however.

There were a few methods for administering the smallpox vaccine — which, in one of the greatest achievements in human history, wiped smallpox from nature — but the most common was skin scarification.

This kind of vaccination is done with a bifurcated needle. This tiny two-pronged needle is designed to hold a drop of smallpox vaccine in its teeth, which is administered by scratching the skin repeatedly — around 15 times — in a small region of the arm (preferably the deltoid).

The vaccine is introduced to the body via these small cuts; a hint of blood at the site was a sign you’d done it right.

It turns out, this technique wasn’t just easy to learn for volunteer vaccinators — it also created a better immune response.

While most vaccines today are injected into the muscle or fat tissue beneath your skin, according to researchers, those regions actually aren’t the best at whipping up the immune system.

Essentially, fat and muscle are a little off the beaten track when it comes to infections, so the immune system isn’t very sensitive there.

“In contrast, upper layers of the skin are the site of continuous and multiple immune responses over a lifetime,” Kupper et. al. wrote in their study, published in the journal npj Vaccines.

Kupper’s been researching the effectiveness of skin scarification for vaccines for a while now, to try to make vaccination easier in remote areas of the world.

“This could be done in the Amazon jungle or the steppes of Mongolia or any place else,” Kupper told Boston’s WBUR in 2010. “You simply don’t need the sorts of things you need for the hypodermic syringe method. Nor do you need the same amount of equipment.

“So in terms of the expense and feasibility of doing this on a grand scale, I think it’s got real promise.”

The new research suggests that the bifurcated needle does more than deliver a vaccine to a more active area of the immune system: it may also generate the immune response in the right place.

The immune system is notoriously complicated. You’ve likely heard of antibodies, the y-shaped proteins that glom onto viruses.

But antibodies aren’t everything; among the other immune system tools are T and B cells, soldiers tasked with killing invading pathogens, infected cells, and creating antibodies (among much else).

“Vaccine development today is focused on selecting the best antigen(s) for T cells and B cells,” Kupper told Genetic Engineering and Biotech News (GEN). “But for a vaccine to work to its full potential, it also needs to direct T cells to where they are needed most. For respiratory pathogens, that means getting T cells to the lungs.”

The researchers wanted to investigate if skin scarification led to a better targeted T cell response than other methods of vaccination.

To do so, they vaccinated mice using the current generation of smallpox vaccine (which we keep around in case of bioterror or some unforeseen reintroduction of the virus) using four different methods: skin scarification, or injections just beneath the epidermis, straight into the muscle, or into the layer between the skin and muscle.

The mice were then challenged with a lethal dose of vaccinia virus (the smallpox relative used in some smallpox vaccines).

“We have known for a while that you can program T cells to go where you want them to go in the body — if you want protective T cells in the lungs, this is one way to achieve that. It is a serendipitous finding, but it seems to work very well,” Kupper told GEN.

While the study was preclinical — in other words, we don’t know for sure this happens in humans — it does suggest that we should consider skin scarification vaccines against other viruses that attack the lungs — including SARS-CoV-2. 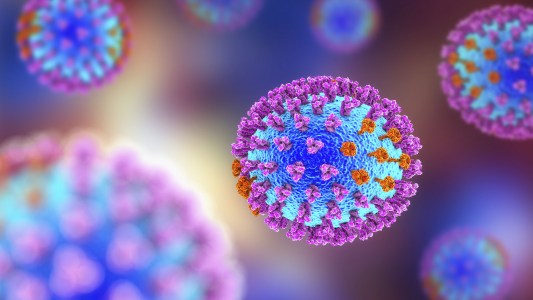 As coronavirus mutations pop up around the world, researchers at MIT are using language-recognizing AI to try and predict what could be next.