Researchers at the University of Chicago have developed a surprise they hope will curtail SARS-CoV-2: virus traps. Studded with “bait,” these tiny particles trap the virus and then call in reinforcements from the immune system to destroy it.

“Since the pandemic began, our research team has been developing this new way to treat COVID-19,” Pritzker School of Molecular Engineering assistant professor Jun Huang, whose lab the Nanotraps were made in, said in a release.

“We have done rigorous testing to prove that these Nanotraps work, and we are excited about their potential.”

“A lot of T cells (a type of immune cell) are going to be attracted by those cancer exosomes,” Chen tells me, inhibiting the body’s immune response; think of the chaff a fighter pilot releases to keep a guided missile off their tail.

The team, led by Chen and cancer biology graduate student Jill Rosenberg, looked to create their own decoys, aimed at fooling viruses, rather than the immune system.

The idea is delightfully intuitive. Their “Nanotraps” are nanoparticles covered in proteins that bind to SARS-CoV-2’s spike protein. The proteins can be ACE2 (the protein that the virus latches onto to enter human cells) or neutralizing antibodies the body creates to disable the virus.

The viruses then get stuck to the Nanotraps, which use a signaling molecule to call in immune cells, called macrophages, that devour the Nanotraps, viruses and all.

“We have a very high density of ACE2 or the neutralizing antibodies on these nanoparticles,” Chen says. This allows the nanoparticles to “easily” outcompete human cells at attracting viruses, Chen says.

Of the two forms of bait, the neutralizing antibodies may actually have an edge, says Huang.

“The binding affinity is much higher than the ACE2,” Huang says — meaning the neutralizing antibodies, specially designed to seek out and glom on to the spike protein of the virus, are much stickier.

ACE2, however, is a more universal target. Because it is key to the virus’ replication, variants of SARS-CoV-2 are always going to need a way to bind to it, whereas some antibodies can have a harder time sticking to new variants.

The hope is that Nanotraps may be effective against various strains of coronaviruses.

Much smaller than a human cell, the Nanotraps are made of phospholipids and polymers already approved by the FDA, and mouse studies found no evidence of toxicity.

The team envisions them being administered via nasal spray, or perhaps as eye drops, with the goal of treating COVID-19 — although it could perhaps prove to be a preventative measure as well.

In labs and lungs: After testing the Nanotraps’ safety in mice, the team needed to see if the viruses actually took the bait.

They tested the Nanotraps against a pseudovirus — a SARS-CoV-2 stand-in that lacks the ability to replicate, because it is safer than working with the real thing.

In cell tissue cultures, they found that the Nanotraps stopped the pseudovirus from infecting lung cells completely. Using a pair of lungs and a machine to keep them alive (donated by a deceased patient and the surgical department), they also found the Nanotraps could stop the pseudovirus in a real lung environment.

In that test, the lab found that the nanoparticles were 10 times better at stopping the virus than dumping in ACE2 proteins or neutralizing antibodies alone.

The fact that the Nanotraps can be loaded up with thousands, or even tens of thousands, of antibodies may be the reason why they outperform the proteins on their own, Chen says.

Next steps: Research is still in the early stages; you won’t be able to find Nanotraps in your pharmacy before human clinical trials are performed.

While the nanoparticles have not shown any toxic effects yet, further research in small and large animal models, as well as phase 1 human trials, will be needed to ensure the Nanotrap’s safety, Rosenberg says via email.

The team envisions their Nanotraps as not just a SARS-CoV-2 therapy or even prophylactic, but as a platform with the potential to be used for other viruses. By switching out the trap’s bait, you could theoretically capture and clear lots of other viruses.

Coronavirus
Yale’s new nasal vaccine can boost an mRNA shot
A nasal vaccine delivered as a booster to mRNA shots might offer better protection against COVID-19 and help stop the virus from spreading.
By Kristin Houser
Up Next 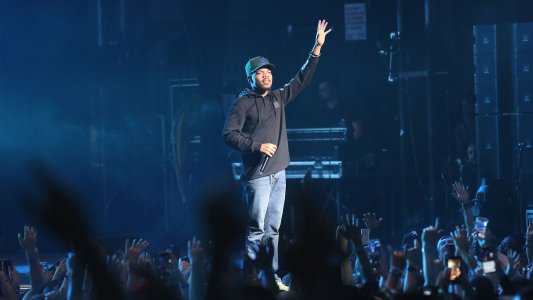 Entertainment
How will movie theaters survive post-pandemic?
By Kristin Houser
Subscribe to Freethink for more great stories
Subscription Center
Sections
Video
Freethink
Subscribe
We focus on solutions: the smartest people, the biggest ideas, and the most ground breaking technology shaping our future.
Subscribe