Harnessing the ability of natural killer cells within our own immune system, researchers at Canada’s McMaster University have developed a new form of cancer immunotherapy.

The team engineered natural killer cells to not only attack cancerous cells — including in solid tumors, a problem for some other kinds of immunotherapy — that also to distinguish between those malignant cells and healthy cells that only look like them.

“We want to be able to attack these malignancies that have been so resistant to other treatments,” Ana Portillo, a Ph.D. candidate in the Department of Medicine and study lead author, told Brighter World.

“The efficacy we see [with the natural killer cells] in the laboratory is very promising and seeing that this technology is feasible is very important. Now, we have much better and safer options for solid tumors.”

While the immune system is designed for dealing with invaders and mutated cells, cancers have an array of tricks to give it the slip, including genetic mutations that make them hard to spot. Essentially, tumor cells can be ensconced in what is known as the “tumor microenvironment,” where they stay relatively unbothered by your cells designed to snuff them out.

Starting the CAR: There are multiple ways to juice the immune system, but the one the McMaster team utilized in their study, published in iScience, involves arming immune cells with a chimeric antigen receptor (CAR).

The CAR is added to immune cells harvested from the patient, which are then re-infused to hunt down cancer cells with a matching antigen. The most common form of immunotherapy, CAR-T therapy, uses CAR to enhance T cells. The McMaster team applies CAR to a different type of cell: natural killer cells.

CAR-T cell therapy works well for blood-borne cancers, but is less effective against solid tumors. As New Atlas reports, those cancers can “produce a strong environment around themselves that exhausts T cells quickly, or make it difficult for them to target the cancer.” The CAR-T cells can also replicate out of control, leading to potentially fatal side effects, and they cannot tell cancerous cells from some other harmless cells.

To circumvent these issues, the researchers turned to natural killers.

“Natural killer (NK) cells play a critical role in cancer immunosurveillance through their innate ability to recognize and kill malignant cells without prior antigen sensitization,” the authors wrote in their paper.

Read: they kill without needing to be shown their targets. Naturally.

Increasing their (natural) killing power: Because of their innate ability to distinguish malignant and benign cells, natural killer cells have recently drawn the interest of immunotherapy researchers looking for a better option to CAR-T.

For their study, the team grew natural killer cells taken from the blood of a breast cancer patient. They then engineered the NK cells by adding the chimeric antigen receptor, turning them from roving, all-purpose killers into tumor-seeking smart missiles, with a suitably martial name: CAR-NK cells.

When they turned their CAR-NK cells loose on tumor cells derived from breast cancer patients in the lab, the engineered natural killer cells attacked the cancerous cells while leaving the healthy cells alone.

Natural killer cells kill without needing to be shown their targets.

“These are very exciting results, as to date the benefits of immunotherapy in breast cancer have lagged behind that of other malignancies,” Bindi Dhesy-Thind, an associate professor of oncology at McMaster, told Brighter World. “These engineered CAR-NK cells are an important step towards having a viable immunotherapy option in this large group of patients.”

Of course, what kills cancer in a dish is not guaranteed to do so in a person. Human clinical trials will need to be performed, although the researchers are hopeful that their CAR-NK therapy will be able to work not only against breast cancer, but solid tumors in other forms of cancer as well. 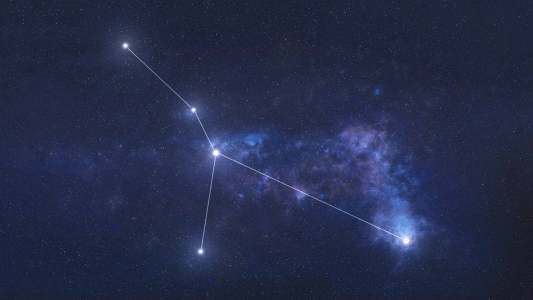 Medicine
Sky-mapping system can predict whether cancer treatment will work
By B. David Zarley
Subscribe to Freethink for more great stories
Subscription Center
Sections
Video
Freethink
Subscribe
We focus on solutions: the smartest people, the biggest ideas, and the most ground breaking technology shaping our future.
Subscribe