A team of researchers from the UK’s NHS and University of Bristol have identified a new, rare blood group system.

The discovery (published in the laconically named journal Blood) solves a mystery spanning decades, characterizing the genetic variants behind a new blood group — previously unknown mutations that cost the lives of two babies born to mothers whose blood was in the group.

“Discovering the genetic basis of blood groups allows us to develop new tests to identify those with uncommon blood groups, with the aim of providing the best possible care for even the rarest of patients,” Nicole Thornton, head of red cell reference at the NHS’s International Blood Group Reference Laboratory, said in a statement.

Blood types — A, B, AB, and O — are further broken down into blood groups.

Blood groups (and why they matter): Time for a quick, seasonally-appropriate crash course in all things sanguineous.

You’re no doubt familiar with blood types: A, B, AB, and O.

Those types are further specified using the presence or absence of sugars and proteins on the blood cell’s surface that antibodies can recognize, called antigens. Specific constellations of antigens make up a blood group. You likely recognize two of these blood groups, ABO and Rh — plus and minus.

But there’s many more; the new one, Er, is the 44th blood group to be discovered, WIRED’s Chris Baraniuk reported.

According to the University of Bristol, alloantibodies were present in the children of the two mothers who were in the rare Er blood group, and were associated with the loss of the babies, a cruel reminder of the importance of identifying as many blood groups as possible.

While having Er antigens that could lead to alloantibodies appears to be quite rare, “if you do, it’s something you want to know about,” Neil Avent, a University of Plymouth blood researcher not involved in the study, told Baraniuk.

Solving the mystery: The first inkling that a rare, unknown blood group may be out there was found in a blood sample in 1982, WIRED reported. In the early 80s, there wasn’t much that could be done beyond that; they had an antibody to a mystery blood group, and that was about it.

Over the decades, the antibody popped up in samples, but only rarely — by the time NHS’s Thornton and her Bristol colleagues decided to hunt down the cause, they only had 13 samples to analyze.

The researchers thought that a protein on red blood cells called Piezo1 may have been the culprit. Using a technique that allowed all of their DNA gene-coding sequences to be analyzed at the same time, the team noticed that changes in the gene for Piezo1 would cause the protein to look different on the blood cell.

Using gene editing, the team was able to remove and insert Piezo1 into cells in vitro to show alloantibodies stuck to the protein, proving it was responsible and making Er an officially defined blood group.

“It was something you couldn’t have done a few years ago,” study coauthor Ash Toye, a professor of cell biology at Bristol, told Baraniuk.

The team were able to classify three blood groups, while also discovering two new and extra rare ones, solving a decades-old mystery.

Finding closure and saving lives: The team were able to classify three groups, called Era, Erb, and Er3, while also discovering two new and extra rare ones: Er4 and Er5, which were implicated in the loss of the two babies.

“This discovery solves the 30 year plus mystery of the genetic background of this blood group system but the most important consideration for us, in investigating these cases, was to be able to provide answers to two mothers who tragically lost their babies,” Thornton said in the statement.

“The more we know about such rare blood group variations, along with the ability to be able to test for and identify them, the better care we are able to offer to such patients in the future.” 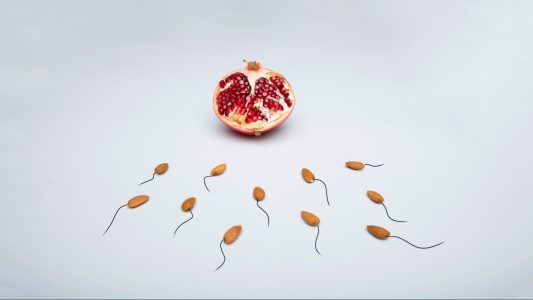 A survey of over 9,000 men in nine countries found that over 55% would be willing to use a new method of male birth control.

Fertility
Male birth control options are in development, but a number of barriers still stand in the way
Subscribe to Freethink for more great stories
Subscription Center
Sections
Video
Freethink
Subscribe
We focus on solutions: the smartest people, the biggest ideas, and the most ground breaking technology shaping our future.
Subscribe