A small new study out of Washington University in St. Louis suggests that low doses of nitrous oxide may be an effective therapy for treatment-resistant major depression.

Patients enrolled in the study reported reduced depression symptoms compared to a placebo, and had less severe side effects with a lower dose while still showing benefits.

“I work with these people for so many years, I don’t expect to see new things work,” Charles Conway, a professor of psychiatry at Washington University, told STAT. Conway is the senior author on the study, published in Science Translational Medicine.

“But patients in this trial, some of whom I have known for a long time, got better.”

Difficult depression: Treatment-resistant major depression is exactly what it sounds like: depression that resists attempts to mitigate it, including antidepressants. With the antidepressants on the market proving ineffective for some patients, researchers have been searching for new treatments, including compounds previously considered merely for recreation, and off-label uses of previously approved drugs.

Psychedelics have garnered the lion’s share of attention and investment; there’s evidence that magic mushroom-based psilocybin therapy can reduce depression, and MDMA-assisted therapy has shown strong potential as well, particularly against treatment-resistant PTSD.

Perhaps most exciting is ketamine, an anesthetic that acts as an incredibly fast-acting antidepressant, often administered via ketamine infusion therapy or intranasally through the FDA-approved esketamine.

The drug’s been looked at as an antidepressant before; a 2014 paper in Biological Psychiatry, by some of the same researchers as this new study, found that nitrous oxide “could rapidly improve symptoms of depression, with sustained effects lasting several days following a short single treatment,” New Atlas reported.

Since then, nitrous oxide has also been kicked around as a treatment for alcoholism and a way to mitigate traumatic memories.

Dosage and duration: The new nitrous oxide study looked to build on previous research by examining whether a lower dose of the drug could still have a therapeutic effect, as well as how long the results lasted.

An initial proof-of-concept study had utilized 50% nitrous oxide, which is the same amount used for anaesthetic purposes. While effective at reducing depression symptoms, the laughing gas had drawbacks — namely nausea and vomiting, per STAT.

For their new study, the researchers enrolled 24 participants, 20 of whom finished the study.

The lower dose of nitrous oxide had a similar therapeutic effect as the higher dose, but with fewer side effects; both reduced symptoms of depression better than the placebo. Nitrous oxide’s effects also lasted up to 14 days for some subjects.

No joke: For researchers, a key aspect of nitrous oxide’s appeal is its commonality and safety profile.

“It’s a good option because it’s already in every hospital and every laboratory,” Cristina Cusin, director of the ketamine depression clinic at Massachusetts General Hospital, told STAT. Cusin is unaffiliated with the study.

“It goes into your body in a few minutes, leaves in a few minutes, and that’s it,” University of Chicago anesthesiologist and co-lead author of the study Peter Nagele told STAT. (Nagele’s also filed a patent for the use of nitrous oxide in depression treatment.)

There is still a long way to go, however. First and foremost: larger trials.

The overwhelming homogeneity of the subjects — most were women, all but one was white — is a concern as well; more diverse cohorts will need to be studied in the future.

Because of the way nitrous oxide is used, there’s also a paucity of long-term safety data. “We have no idea what happens to a brain that gets exposed (to laughing gas) repeatedly over a long period of time,” Cusin said.

Despite the limitations, any evidence of a new tool against treatment-resistant depression is welcome in a field that’s had few wins for so long. 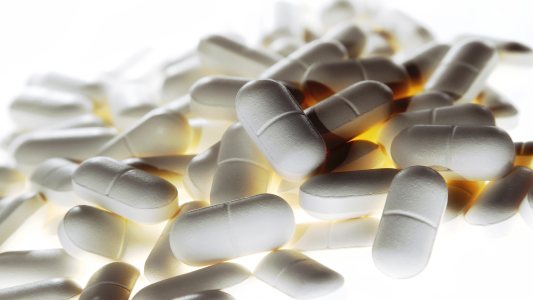