Billionaire investor Mark Cuban has launched an online pharmacy designed to make generic drugs more affordable — in some cases, by cutting their retail cost by more than 99%.

“We will do whatever it takes to get affordable pharmaceuticals to patients,” CEO Alex Oshmyansky said in a press release.

Generic drugs: Pharmaceutical companies are typically awarded 20-year patents on new drugs. After those 20 years are up, other manufacturers may start selling “generic” versions of the medications.

Generics aren’t always identical to their brand-name counterparts, but they do have the same active ingredients and therapeutic effect.

They’re also almost always much cheaper because manufacturers don’t have to worry about offsetting initial development costs. They also have to compete with one another for customers — something pharma companies don’t have to do when the patented drug is the only option.

The challenge: Cheaper doesn’t necessarily mean affordable, though — some generic meds still cost hundreds or even thousands of dollars per month.

“There are numerous bad actors in the pharmaceutical supply chain preventing patients from getting affordable medicines,” Oshmyansky said.

Each of the meds is priced at-cost (whatever they paid a manufacturer for it) plus 15% and a $3 pharmacist’s fee. This model can lead to a dramatic discount over the drug’s typical retail cost.

“We will do whatever it takes to get affordable pharmaceuticals to patients.”

To use the MCCPDC, a patient just has to create an account and then ask their doctor to send a prescription to the pharmacy. They can then place an order to have the prescription filled and the meds sent to them via mail.

The caveats: To save on paperwork costs, Cuban’s online pharmacy doesn’t accept insurance — customers must pay out of pocket — so some people may save more if they buy their meds at a pharmacy that works with their health plan. There are also many more generic drugs that aren’t yet available on the MCCPDC.

The big picture: In September, Gallup released the results of a U.S. poll in which 7% of respondents said their household was unable to afford at least one recently prescribed medication. In low-income households, making less than $24,000 per year, that rate jumped to 19%.

In some cases, these medications could be the difference between recovering from an illness or living in pain. Even if the new online pharmacy won’t revolutionize the drug market overnight, its potential to help improve patients’ lives is worth celebrating. 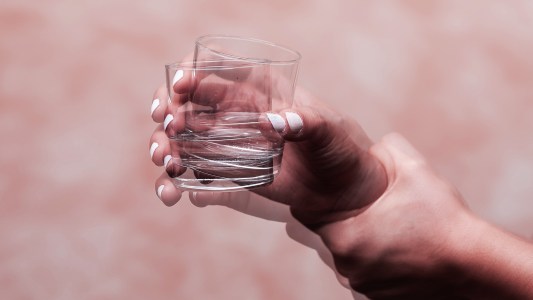 Scientists have optimized a peptide known to prevent the “protein misfolding,” that causes Parkinson’s disease. This could be a precourser to a disease treatment.