Researchers have healed damaged human lungs by hooking them up to live pigs — a promising new method to increase the number of viable organ transplant donors.

Donor lungs are hard to come by, as evidenced by the 1,075 people on the waitlist for lung transplants between June 28 and July 4. Only 54 of them received a transplant, according to the United Network for Organ Sharing.

Because they only come from cadavers, donor lungs often come with their own set of problems, like swelling from excess fluid or traumatic injuries. Typically, doctors use a machine called EVLP (“ex vivo lung perfusion”) to revive the damaged lung, readying it for organ transplant.

The machine keeps oxygen and nutrients flowing through the lungs for six hours, buying them time to heal. But this rarely works, leaving only a quarter of donor lungs available to become transplants.

A team of researchers at Columbia University in New York aimed to solve this problem by connecting donated human lungs to live pigs.

The team, led by Columbia’s Matthew Bacchetta and Gordana Vunjak-Novakovic, tested this method with five donated lungs, which were too damaged to qualify as viable transplant organs.

Using a pig as a “bioreactor” — essentially, a stand-in for the human body — researchers found that the animal could run all of the biological processes needed to keep the organ alive. The researchers piped blood from arteries and veins in the pig’s neck to the donor lung, circulating the pig’s blood through the human organ. At the same time, they pumped air into the lung with a mechanical ventilator.

Essentially, the lungs borrowed the pig’s circulatory system to buy them 24 hours of healing time. And, surprisingly, it worked.

“All of a sudden, (the lungs are) attached to a functioning liver, a functioning gut. We don’t have to worry about glucose regulation because there’s a pancreas. All of these metabolites that are formed are now cleared,” Bacchetta told STAT. “We used a fairly standard immunosuppressive regimen and took these rejected lungs and showed that we could actually sustain them and make them better.”

You could treat organs injured outside the body until they’re working well.

In just 24 hours, the lungs improved. One lung healed enough to be used for an organ transplant, even though it previously failed to meet the criteria after the standard six hours with the EVLP machine. The study, published in Nature Medicine, suggests that with more time connected to the pig, the lungs could have healed even more.

University of Michigan medical researcher Robert Bartlett is known for developing a lifesaving heart-lung technology. He says that keeping organs healthy outside the body for a longer duration could be an organ transplant game-changer. “You could have perfect matching. You could treat organs injured outside the body until they’re working well. So that’s what Dr. Bacchetta and his crew are working on. And they’re doing a marvelous job,” Bartlett told STAT.

This work shows promise for reducing the shortage of qualifying donor lungs for an organ transplant, and extending their shelf life from 6 hours to 24 hours. It also shows promise for research. The cross-circulation between the pig and organ could keep organs healthy for lab research. And, perhaps just as surprising, the pigs were unharmed in the process. 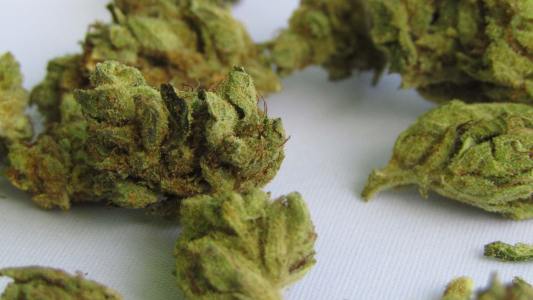 Microdosing marijuana can relieve chronic pain without impairing a person’s ability to think clearly, according to a new study.