A new polio vaccine, the first drops of which may fall by the end of the year, will hopefully reignite efforts to eradicate the virus, Science reports.

The new polio vaccine, which utilizes a more genetically stable form of the weakened virus, will hopefully help combat the rare cases of poliovirus derived from the vaccine, helping us to snuff the virus out once and for all.

That’s not a fantasy. In what was arguably one of the greatest scientific achievements of all time, humanity eradicated smallpox from the face of the Earth, save for two samples locked down in biosecure freezers. After a concerted, ten-year campaign, smallpox vaccination drove the virus into extinction in 1977.

Since then, efforts have turned to eradicating poliovirus. Polio vaccines began turning the tide in the 1950s and 1960s, and since global eradication efforts were launched in earnest in the 1980s, the paralysis-causing virus has been eliminated from almost every country.

The success is staggering: According to the Global Polio Eradication Initiative (GPEI), more than 2.5 billion children, across upwards of 200 countries, have been vaccinated by over 2 million volunteers, and polio cases have been reduced by 99%.

Cases did climb in 2019, and the pandemic has slowed down the campaign, leading to concerns that victory is slipping away.

Still, wild poliovirus has been eliminated in Nigeria for over five years, and it’s been cornered into Afghanistan and Pakistan.

Unfortunately, that’s not the only way kids can catch polio.

The oral polio vaccine is safe, effective, cheap, and easy to administer — just a couple drops on the tongue, no needles or medical training needed — and it is the frontline infantry of the eradication effort.

Using a live but weakened form of the virus, the oral polio vaccine introduces polio to the child’s immune system via the gut.

The advantage of the oral route is that it creates strong immunity in the intestines, so if the child is ever infected with wild polio virus, the vaccine not only prevents paralysis in them, it also prevents the virus from being shed in feces and transmitted to others.

This is the polio vaccine that has been used to rout the virus in almost every nation that has eliminated it, a crucial weapon — but one that is ultimately phased out after polio is no longer endemic.

In countries where polio is not currently a problem, children receive the inactivated polio vaccine shot, which uses viruses that have been killed. While this shot creates immunity and prevents disease in an individual, it doesn’t stop the virus from replicating in the gut and spreading to others. (It also costs five times as much as the oral vaccine, as well as requiring sterile syringes and trained personnel.)

This is why eradication efforts use the oral polio vaccine to contain outbreaks, while using the inactivated shot to prevent chance illnesses in places where it isn’t endemic.

Getting to that switch-over is important, because the oral polio vaccine does have a risk: in rare cases, it can cause polio, keeping the virus in circulation.

Because the weakened polioviruses from the oral vaccine are excreted, these viruses can infect others if there isn’t good sanitation. Usually, this works just like the vaccine itself — a weakened virus creating immunity, without the ability to cause disease. It’s like a bonus vaccine for people around you.

But if a community has very little immunity to polio, the weakened virus can continue to spread and replicate itself — given enough new hosts, it can mutate and regain the ability to cause paralysis, just like wild polio.

This is extremely rare; according to GPEI, there’ve been fewer than 800 incidents of circulating vaccine-derived polio virus (VDPV) after over 10 billion doses of vaccine.

Despite the success of the oral vaccine in eliminating wild polio, VDPV outbreaks have spared polio from complete eradication in a number of countries; according to Science, VDPV outbreaks are being fought in 23 countries, the majority of which are in Africa.

Researchers and public health officials hope that a new polio vaccine, in development since 2011, will stop VDPVs, giving us a fighting chance to finally wipe out the virus for good, instead of having to play Whack-a-mole.

A team of researchers from numerous institutions — including the CDC, FDA, UC San Francisco, and the U.K.’s National Institute for Biological Standards and Control — genetically engineered the virus to make it much harder to mutate its way back to causing disease.

The researchers found that a few key mutations were crucial in weakening the oral polio vaccine virus. To stabilize the virus, they focused on a specific section of the polio genome, blocking off a mutation point that seems to spur others that can eventually undo the weakening.

OPV polioviruses can also combine with wild ones, becoming capable of causing disease. To avert this route, the researchers eliminated a crucial part of the genome that allows recombination.

So far, the vaccine looks safe and promising, Science reports, with phase I and II studies in Belgium and Panama — including adults, children, and infants — showing no signs of the viruses reverting back to their paralysis-causing forms thus far. What happens when the vaccine is rolled out on a more bigger scale, of course, remains to be seen.

GPEI hopes to have nOPV2 approved for emergency use by the WHO and have the new, more stable polio vaccine on tongues by the end of the year; the Bill and Melinda Gates Foundation is already funding the creation of 200 million doses in Indonesia. 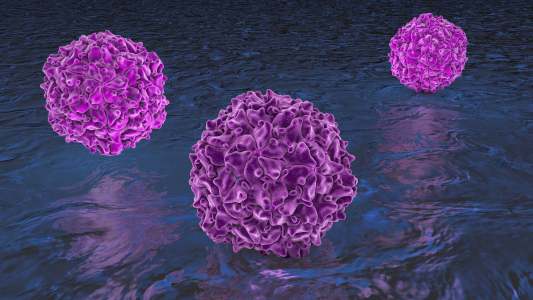 Vaccine preservation is crucial to world health; the WHO estimates we waste 50% of vaccines a year. Vaccine burritos may provide some help.

Virology
“Virus burritos” could be the key to vaccine preservation
By B. David Zarley
Subscribe to Freethink for more great stories
Subscription Center
Sections
Video
Freethink
Subscribe
We focus on solutions: the smartest people, the biggest ideas, and the most ground breaking technology shaping our future.
Subscribe