Newborn infants are dependent on their mothers for immediate immune system protection.

Eventually, they’ll develop their own adaptive immunity from vaccines and brushes with pathogens — but their first line of defense upon entry into the world is antibodies given to them in the womb.

These antibodies aren’t just anybodies, however; they provide enhanced protection compared to the ones adults typically make. Researchers at Cincinnati Children’s Hospital believe they’ve uncovered how these “amped-up” antibodies are made in mice — and how we might be able to copy them.

The insight could also lead to better antibody therapies, allowing researchers to create similarly enhanced antibodies in the lab.

“I believe these findings also will have far-reaching implications for antibody-based therapies in other fields.”

Enhanced antibodies: Antibodies are large, y-shaped proteins that play a key role in the body’s immune system. Think of them like bloodstream shurikens, which stick to specific spots on a pathogen, incapacitating it and painting it as a target for T cell reinforcements.

They do have their limitations, though.

“For many years, scientists believed that antibodies cannot get inside cells. They don’t have the necessary machinery,” study author and doctor in Cincy Children’s Division of Infectious Disease Sing Sing Way said.

Because of this, it’s generally been assumed that pathogens that cause disease only inside of our cells — called intracellular infections — are “invisible” to antibody therapies.

Diseases like HIV and (crucially for children) RSV do their damage from inside.

What the researchers found in their study, published in Nature, was that pregnancy modifies the antibodies to be able to protect against a greater variety of pathogens, including those that operate intracellularly.

These antibodies aren’t just anybodies, however; they provide enhanced protection compared to the ones adults typically make.

It’s a subtle shift, the authors say, but it grants the most common form of antibody with a new ability: it can stimulate receptors on cells that work with deacetylated sugars.

“This change is the light switch that allows maternal antibodies to protect babies against infection inside cells,” Way said.

The study found that these antibodies continue to be passed along during breastfeeding, highlighting the importance of vaccination for mothers, and it makes the case that designing vaccines against common infant infections should be a research priority.

“The immunity needs to exist within the mother for it to be transferred to her child,” Way said. “Without natural exposures or immunity primed by vaccination, when that light switch flips during pregnancy, there’s no electricity behind it.”

While the research was conducted in mice, the team found that the enzyme responsible, called SIAE, was also expressed in higher levels in pregnant humans; more research will be needed to prove exactly if and how this mechanism works in humans.

Pregnancy antibodies in the lab: The team first uncovered the differences between the antibodies of virgin mice and pregnant ones by using advanced mass spectrometry, according to the hospital, and then confirmed that the enzyme, SIAE, drives the change.

They were also able to enhance the immune protection of pups born to mothers who didn’t flip the super-antibody switch by providing them with lab-made versions. (Cincinnati Children’s has filed a patent on the process.)

This suggests that we may be able to flip that sugar switch synthetically for future antibody therapies that can target intracellular infections like HIV and RSV, harnessing the power of pregnancy antibodies. 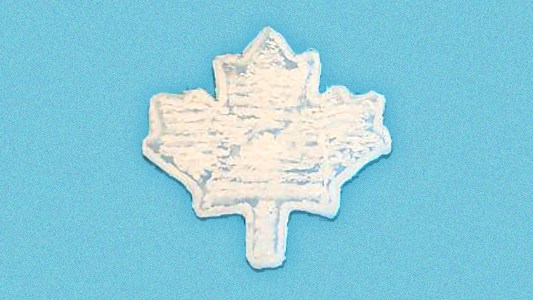 Direct sound printing could one day allow doctors to build medical implants inside patients’ bodies instead of surgically placing them.