“The objective of this trial is to determine if there are any benefits associated with the direct administration of psilocin as this has never been done before,” Filament Health co-founder and CEO Ben Lightburn tells Freethink.

“The objective of this trial is to determine if there are any benefits associated with the direct administration of psilocin as this has never been done before.”

According to the study’s design details, participants will receive oral psilocybin, oral psilocin, and sublingual (absorbed under the tongue) psilocin, in a randomized order.

Some volunteers will potentially have a fourth administration of sublingual psilocin. All subjects will also receive psychological support, and have physiological effects like blood pressure and heart rate monitored.

“This trial will provide crucial information about the effects and mechanisms of these compounds that could allow for greatly enhanced psychedelic-assisted therapy,” said Joshua Woolley, TrPR director and the study’s principal investigator.

Naturally-derived vs. synthetic: When researchers are studying the effects of psychedelic drugs in a clinical setting, they typically turn to lab-made versions of them to ensure consistency and purity of the compounds.

Pure synthetic psilocybin is chemically no different than pure naturally-derived psilocybin, pioneering pharmacologist David E. Nichols tells Freethink. (He should know — his lab was the first to synthesize the compound since Albert Hofmann did it in the 1950s.)

“The same types of carbon, hydrogen, nitrogen, and oxygen atoms are in both natural and synthetic psilocybin,” Nichols says.

But using naturally derived compounds may have potential benefits.

“Our drug candidates contain a specific quantity of pure natural psilocybin, but they also contain additional sub metabolites extracted from the magic mushroom which we believe may offer a potential ‘entourage effect,’” Lightburn tells Freethink.

“In other words, these additional compounds could enhance the effects of the psilocybin, just as they’ve evolved to do in the magic mushroom.”

From the consumer’s perspective, there may be a psychological factor, as well, Lightburn says: people tend to prefer products they consider more natural — like drinking coffee or tea rather than taking a caffeine pill.

This trial will only be testing pure natural extracts of psilocybin and psilocin, however.

Psilocybin vs psilocin: Perhaps most interesting to you Dope Science readers is Filament’s trial of psilocin, rather than psilocybin, to patients.

Psilocin is what the body naturally converts psilocybin into: it’s what’s actually causing you to trip.

“Psilocybin is converted into psilocin by enzymes in the gut,” Nichols says. “If you administer psilocybin and analyze the blood, the only thing you see is psilocin, which is actually the biologically active molecule.”

There could be a few potential benefits to administering psilocin directly and skipping the process the body uses to convert it.

Not all of any drug ever gets exactly where it needs to go. Researchers call the percentage of the drug that reaches its target the drug’s bioavailability.

When taken orally, psilocybin has a bioavailability between 40-75%, Nichols explains, which could account for some of the variability in treatment outcomes in clinical trials.

Administering psilocin directly could make the treatment more consistent. Cutting out the metabolizing step may also help curb the nausea people sometimes experience with psilocybin, and increase how quickly the drug takes effect.

That’s also why they’re testing the under-the-tongue route for psilocin.

“We decided to explore sublingual psilocin administration because it is the active drug and does not require metabolism before passage through the blood brain barrier,” Lightburn says.

In other words, you don’t need to digest it first to trip, which should make the treatment more consistent.

“Therefore, a more direct administration into the bloodstream should decrease onset time even further and stabilize the variable bioavailability seen in oral dosing of psilocybin.”

Study completion is estimated to be in December 2024. 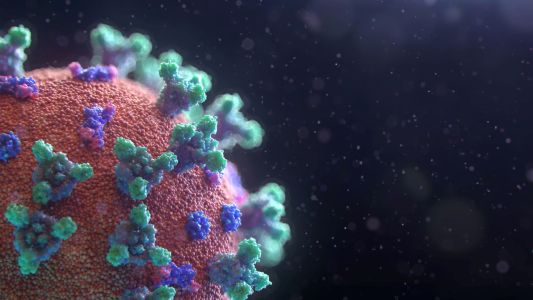 Intranasal vaccines are best suited to protect against pathogens that enter through the nose, like the flu or the coronavirus.

Coronavirus
Nasal COVID-19 vaccines prepare for infection right where it starts – in your nose and throat
Subscribe to Freethink for more great stories
Subscription Center
Sections
Video
Freethink
Subscribe
We focus on solutions: the smartest people, the biggest ideas, and the most ground breaking technology shaping our future.
Subscribe