A few years ago, journalist Zoe Mendelson turned to Google for help settling a debate about a type of female orgasm. But her internet search was unhelpful: the few medically accurate articles she found — amidst the deluge of false information— were written in complex medical jargon that left her reaching for a dictionary.

Mendelson knew there had to be a way to make accurate information about women’s health more accessible.

Mendelson teamed up with visual artist Maria Conejo to create  “Pussypedia” — a free, bilingual, gender-inclusive encyclopedia of highly accurate, easy-to-understand information about the vagina, uterus, clitoris, and all those other body parts the duo has chosen to call, collectively, the pussy.

The pair spent 18 months building Pussypedia — working with more than 200 writers, illustrators, fact-checkers, and translators across four continents — before launching the site in July 2019.

There are absolutely not enough resources out there for women to recognize themselves and their anatomy.

“There are absolutely not enough resources out there for women to recognize themselves and their anatomy,” Sarah Prager, an obstetrician/gynecologist and professor at University of Washington Medical Center, told The Lily.

“I’ve had people come in before completely freaked out about a lump, and after doing an exam, I’ll tell them, ‘that’s your cervix.’ It makes me sad that people aren’t getting the education to know where everything is and how it all works.”

To help make sense of the written content, the site also features an interactive 3D model of the female anatomy created by medical design company BioDigital. However,  Mendelson and team  are quick to point out that the model is just one example of a pussy — they come in a range of shapes and sizes.

Less than a year after it launched, Pussypedia is already earning recognition for providing access to accurate, easy-to-understand women’s health resources.

Every year, the Webby Awards honor the best sites, apps, and platforms on the internet. They’re “the Internet’s highest honor,” according to the New York Times, and Pussypedia has won the 2020 People’s Voice Award for Education.

“I’m excited about the award because since this was an independent project, there’s not as much automatic legitimacy,” Mendelson told Ms. Magazine. “We had extremely intense research and fact-checking processes. The information is airtight.”

“But it’s one thing for us to say that that’s true and another to have it externally validated — especially for a project made by a large group of volunteers,” she added. 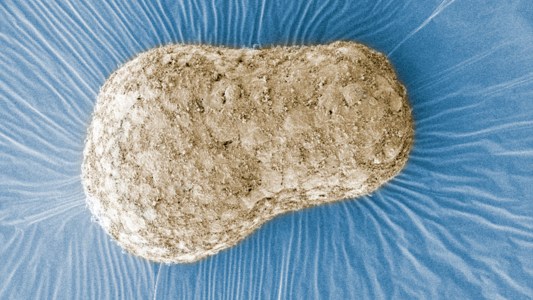 This ethical model of a human embryo provides a look at a never-before-studied stage of embryonic development: gastrulation.