A new proposal for treatment — plucked from the mists of medical history — is garnering hope and controversy, in seemingly unequal measure: the use of low-dose radiation therapy for COVID-19 patients.

While medical data from decades past suggests that radiation is an effective treatment against viral pneumonia, the current push for clinical trials with COVID-19 patients is generating significant opposition, writes STAT’s Juliet Isselbacher.

Back in the Before Times — 2013, to be exact — UMass-Amherst toxicologist Edward Calabrese was rummaging through old medical data, searching for poisons with therapeutic potential at proper doses (remember! sola dosis facit venenum).

Among the papers he found: reports that low-dose radiation therapy could curb pneumonia. Doctors regularly reported an improvement in patients who had been administered x-rays. He and his colleague Gaurav Dhawan put out a paper on the subject.

No one really cared.

Until a novel coronavirus that causes devastating pneumonia appeared.

“Back in February, I started getting just dozens and dozens and dozens of emails from radiation oncologists — people who treat cancer patients with targeted radiation,” Calabrese told Isselbacher. “And they had come across our paper and they thought that this might be a vehicle by which they could help suffering and dying Covid patients perhaps survive.”

SARS-CoV-2 sparks an unusual immune response in its victims, one which leads to an inflammatory condition known as a cytokine storm. It’s this storm that can be the killer in severe cases, as the patient’s own defenses turn on them.

Doctors are now looking for treatments that can directly address inflammation and run-away immune response, such as arthritis drugs and steroids. In that context, the idea of low-dose radiation therapy for COVID-19 seems to make sense: radiation could temporarily tamp down on the immune system when it is spiraling out of control.

It has decades of data suggesting efficacy against viral pneumonia, so why not avail ourselves of every weapon available?

With that in mind, clinical trials — and internecine scientific battles — are underway.

There are at least a dozen clinical trials of low-dose radiation therapy for COVID-19, STAT’s Isselbacher reports, from the U.S. and Europe to Iran and India.

One was a small, 10-subject trial out of Emory University. In a preprint paper, the researchers report that low-dose radiation therapy for COVID-19 lowered the recovery time of patients from 12 to 3 days; one patient died, however, and another suffered from acute toxicity of their gastrointestinal tract, according to STAT. Emory is currently recruiting for a 52-subject clinical trial.

Two of the U.S.’s four trials will be based in the Buckeye state — one, called VENTED, limited to Ohio State University; the other, PREVENT, featuring hospitals around the country.

The trials, led by Arnab Chakravarti, the chair of Ohio State’s radiation and oncology department, will enroll 24 and 100 patients, respectively. VENTED will enroll patients who need ventilator support and is open to patients as young as 18.

We unfortunately don’t know much about how radiation therapy treats viral pneumonia; one working theory, Isselbacher reports, is that the radiation halts inflammation.

What we do have is reams of research — albeit old research.

“The history of the utilization of ultra-low-dose radiation for viral pneumonia actually dates back to the 1920s and ’30s and ’40s — just post the Spanish flu pandemic in 1918,” Chakravarti told Isselbacher. This data showed 75-90% efficacy, but the treatment was left to the wayside as antivirals and vaccines came to the forefront.

The age and rigor of that research, as well as the unknowns of targeting the lungs in the midst of a novel infection, has made initiating clinical trials of low-dose radiation therapy for COVID-19 a point of bitter controversy.

“No one’s going to be able to tell if it worked or not, unless it’s a huge trial. By that time there will be some other treatment like steroids, which is a lot less dangerous and makes a lot more sense and is a lot more scientifically based,” University of Chicago radiation oncologist Ralph Weichselbaum, not mincing words, told Isselbacher.

“It’s not thought-out. It’s not of value. I don’t take anything from these cases,” he said, referencing Emory’s initial data, which included only five of the patients.

Others are taking a slightly softer line.

“Until these findings are validated in a larger cohort of patients with no safety complications, one needs to tread carefully,” Ravina Kullar, an adjunct faculty member at UCLA’s David Geffen School of Medicine, told Healio Primary Care.

Weichselbaum was among the authors of a letter in the Journal of Radiotherapy and Oncology deeming clinical trials of low-dose radiation therapy for COVID-19 pneumonia “unacceptable,” citing a lack of supporting data and the risks involved.

Among those risks? The radiation could also kill B and T cells, immune system soldiers needed to fight COVID-19 as well as other infections. There is also the potential for radiation-induced cancer, though the risk of cancer at such low doses is less than the risk of dying from a severe case of COVID-19.

For any such polarized conflict, the correct course likely lies somewhere in the middle. Low-dose radiation therapy for COVID-19, American Cancer Society chief medical and scientific officer William G. Gance told Healio Primary Care, “should only be used as part of a clinical trial and as a last resort, in the sickest of the sick patients.” (This seems to fit the bill for the Ohio State studies.)

Much like the call for repurposing living vaccines, low-dose radiation therapy for COVID-19 could help us handle the present by harnessing our past. But the risks are real, and the only way to understand them is to … well, risk them.

Coronavirus
Researchers may have created a universal coronavirus vaccine
All currently licensed COVID-19 vaccines target the spike protein’s S1 region, which is prone to mutations. We need a universal vaccine.

Coronavirus
MIT just created a test that can tell if you’re immune to COVID-19
MIT researchers have developed an easy-to-use test that may be able to predict an individual’s immune response to SARS-CoV-2.
Up Next 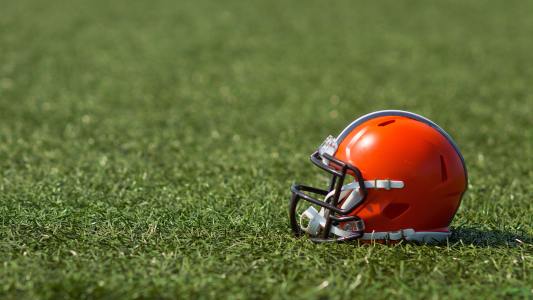 The NFL’s mouth shield is designed to stop respiratory droplets. But player’s reactions have been mixed.