It can take days for a patient to receive a definitive diagnosis of what pathogen ails them. Samples often need to be shipped off to labs, where they are cultured before being tested.

The delay and expense can lead patients to forgo testing and just go straight to treatment — often, this means unnecessary antibiotic prescriptions for viral infections.

In an effort to speed up identification, researchers at Canada’s McMaster University have developed a proof-of-concept rapid test that can diagnose a bacterial infection in minutes, not days, using DNA-based technology.

“It can also avoid the unnecessary use of antibiotics, which is something that can buy us time in the battle against antimicrobial resistance.”

A new day for assays: Take a quick survey of the medical landscape, and you’ll find advances in diagnostic testing emerging out of multiple labs and startups, all aiming to provide a faster test, or one that casts a wider dragnet, or both.

UC San Francisco researchers are working towards a “universal” diagnostic test which surveys all of the DNA in a sample, then scours a demonomicon of known pathogens for any matches. On the opposite coast in Massachusetts, the Broad Institute’s CARMEN tool uses CRISPR to test for 169 viruses at once, with the potential for same-day virus detection.

A patient sample — blood, saliva, urine — is analyzed by a microchip, in a device the researchers liken to a USB drive.

The test uses molecules, called RNA-cleaving DNAzymes, to identify specific targets on bacteria and release a DNA barcode when it finds a match, the authors wrote.

The barcode’s signals are then read by the device. The rapid test can ID a bacterial infection in less than 60 minutes, displaying the result on a smartphone — including whether the strain in question is antibiotic resistant or not.

“Clinicians identified testing delays as a problem that needed to be resolved,” Soleymani said. “We wanted to build a system that could give as much information as possible to the physician during the patient’s first visit.”

The test is quite sensitive, capable of detecting only 10 colony-forming units of E. coli amid a panel chockablock with other microbes.

For their proof-of-concept study, the researchers tested their rapid test’s effectiveness with 41 urine samples taken from patients, where it showed a 100% sensitivity rate, meaning it caught all of the people who did have a UTI.

Beyond bacterial infections: The team is currently tweaking their rapid test for identifying COVID-19 cases, and they believe that the technology could be adopted to numerous pathogens.

“Given the advancements in the DNAzyme technology, biological assay miniaturization and electronic chip fabrication, this system can be engineered into a fully integrated POC test cartridge to target and identify multiple pathogens in parallel for performing rapid, multiplexed and reagent-free testing,” the researchers wrote.

In addition to helping doctors get patients the right treatments quicker, the device — being portable and customizable — could also potentially bring rapid tests to rural and underserved areas.

“We are knowledgeable in different scientific and engineering principles, and when you put them together to help people, that’s a special feeling,” Yingfu Li, professor of biochemistry and biomedical sciences and a corresponding author on the study, told Brighter World. “Having the chance to impact society is the reason we all do this work.” 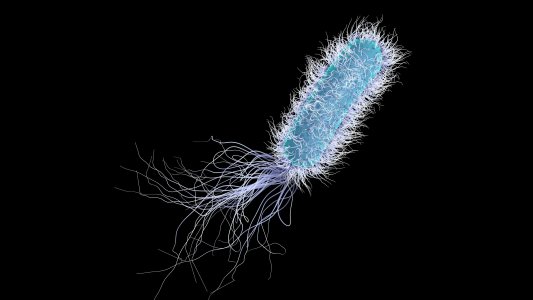 Researchers at the University of Geneva have a new idea on how to stop superbugs: don’t kill them.

Medicine
A new superbug strategy
By B. David Zarley
Subscribe to Freethink for more great stories
Subscription Center
Sections
Video
Freethink
Subscribe
We focus on solutions: the smartest people, the biggest ideas, and the most ground breaking technology shaping our future.
Subscribe