A 3D-printed graft developed at Harvard’s Wyss Institute may help a ruptured eardrum heal faster — and make the surgery that fixes them, called a tympanoplasty, safer, faster, and more accessible to patients.

Inspired by the cascade of ruptured eardrum cases that followed the Boston Marathon bombing in 2013, then-Massachusetts Eye and Ear hospital head and neck specialist Aaron Remenschneider thought the tired tympanoplasty technique was due for an upgrade.

“The techniques used to repair a hole in the eardrum really originated in the 1950s and the materials that are commonly used are taken from the patient,” Remenschneider told STAT’s Kevin Lin.

Hard on hearing: Any number of things can cause a ruptured eardrum — infections, loud noises, or physical injuries. Ruptures can lead to ear discomfort and discharge, hearing loss, and even weakness and loss of balance in severe cases.

While a ruptured eardrum may heal itself, medical interventions are sometimes necessary. For a tympanoplasty, surgeons will graft a patient’s own tissues to close the perforation.

The cascade of ruptured eardrum cases after the Boston Marathon bombing inspired an upgrade to the old techniques for treating them.

According to Wyss, those grafts — which can be taken from under the temple, among other places — are not guaranteed to fully mend the hole, which can lead to follow-up surgeries and the risk of long-term hearing loss. And, while those tympanoplasty surgeries have become less invasive over time, and can often restore a ruptured eardrum to some semblance of itself, no tissue is as well adapted to conducting sound as the eardrum itself, Lin notes.

Better graft, better outcomes: PhonoGraft is designed to not only patch a ruptured eardrum, but serve as a medium for the eardrum itself to grow back, rather than rely on donor tissue. After the eardrum fixes itself, PhonoGraft would then dissolve into the patient’s body.

Black began creating PhonoGraft — they’ve worked on it for six years now — by first identifying biodegradable materials which could work within the ear, the Detroit Free Press reports. This material can be 3D-printed and cut into custom sizes and shapes at the time of surgery, making it adaptable to perforations of various sizes and locations, Black told the Free Press.

And because the PhonoGraft material is biodegradable, it does not cause ear infections.

The next steps: PhonoGraft was pre-clinically tested in vivo via chinchilla models, whose eardrum size and range of hearing was similar to a human’s. The graft caused the ruptured eardrum tissue to regrow, and auditory tests found it promoted healing better than current methods.

The team is now seeking FDA approval for their device, which they hope will make the surgeries safer, most cost-effective, and more accessible.

“How we are trying to revolutionize this procedure is [to] make it a 20-minute, in-and-out clinic procedure,” Black told the Free Press. “Rather than you having to book a full day in advance and show up with a loved one to accompany you with anesthesia, ideally, you could just show up at a clinic, the ENT surgeon could take Phonograft and place it through your ear canal just with local anesthesia and you could be in and out of there within 20, 30 minutes.”

And, as Lin notes, the completely synthetic PhonoGraft could potentially be made cheaper, and transported easier, than biological materials. 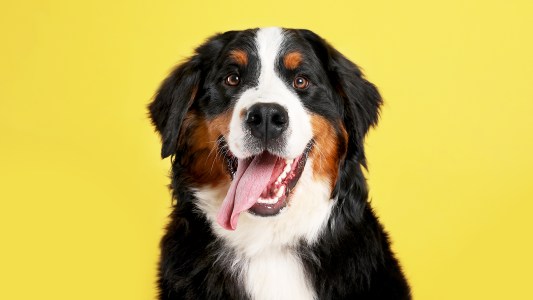 The FDA has approved a medication specifically designed to treat lymphoma in dogs, potentially helping extend the lives of thousands of pets.