Their experiment, published in Nature, used a modified adenovirus to deliver specific genes to specific neurons. These cells, called retinal ganglion cells, are crucial for vision, carrying light signals to the brain along their long, cord-like axons.

Essentially, the scientists hit the reset button on the cells, restoring them to a “youthful” state.

In embryonic or newborn mice, these cells have the ability to repair themselves — up to and including regenerating a severed optic nerve, Science reports. But older mice lose this ability, preventing sight restoration via cell regeneration after this early window.

“The big question was, is there a reset button?” Harvard molecular biologist and study author David Sinclair told Science. “Would cells know how to become younger and healthier?”

Turning Back the Clock

Sinclair and co.’s work hinged on epigenetics — the various proteins and ephemera that affect gene expression.

Using an adenovirus, they delivered three “Yamanaka factors” to the mouse’s cells. These three proteins, called OSK, can cause mature cells to regress to a younger state; it’s also how scientists turn adult cells back into stem cells. But it’s important to use the right factors in the right way, because doing it wrong can cause tumors.

In mice blinded by axon damage, the therapy caused their retinal cells to regenerate and stretch out their axons again — sometimes as far as the ocular chiasma (the part of the brain where they cross and plug in like your N64 controllers). There were no tumors or other complications.

And the mice could see again.

The sight restoration technique worked on both young and old mice, as well, an important step.

“It is notable that the effects of OSK (the Yamanaka factors) are seen in older animals,” Stanford’s Andrew D. Huberman writes in a Nature editorial. Cell regeneration studies are often done with younger animals, which already have more innate ability to repair themselves.

The discovery that OSK can “fully restore long-distance regenerative capacity” in mature eye cells is “a milestone for the field,” Huberman writes. Achieving sight restoration post-injury is yet another critical step, as other studies have only shown youthful cell regeneration in undamaged cells.

Co-author Bruce Ksander told Yahoo, “This new approach, which successfully reverses multiple causes of vision loss in mice without the need for a retinal transplant, represents a new treatment modality in regenerative medicine.”

The researchers were also able to induce sight restoration in mice with glaucoma. Glaucoma, a condition where the optic nerve is damaged, is a leading cause of vision loss in people.

When these mice received the OSK treatment, they recovered about half of the 25% of their vision they had lost to glaucoma.

“At the beginning of this project, many of our colleagues said our approach would fail or would be too dangerous to ever be used,” Yuancheng Lu, another author, told Yahoo.

“Our results suggest this method is safe, and could potentially revolutionise the treatment of the eye and many other organs affected by ageing.”

A New View of Aging

According to Science, the researchers noticed that the methylation patterns in injured retinal cells resembled those in aged cells. Methylation patterns are the places on the DNA where chemical markers called methyl groups that regulate gene expression are located; these build up with age, creating a “DNA methylation clock” we can use to estimate a cell’s age.

All of which suggests that DNA methylation is doing more than acting as another candle on the cake.

“What this tells us is the clock doesn’t just represent time, it is time,” Sinclair told Yahoo. “If you wind the hands of the clock back, time also goes backward.”

Of course, this is still early work.

The usual mouse caveats apply — what happens in a mouse doesn’t necessarily workin a person. (OSK has been found to enhance human retinal cell survival and axon growth in vitro, however, so there’s good reason for hope here.)

The sight restoration in the glaucoma-model mice was modest, too, and we already have effective early-glaucoma treatments, namely eye drops and pressure-relieving surgery.

Still, the study opens up a breadth of new possibilities, both for sight restoration and for anti-aging treatments more broadly. 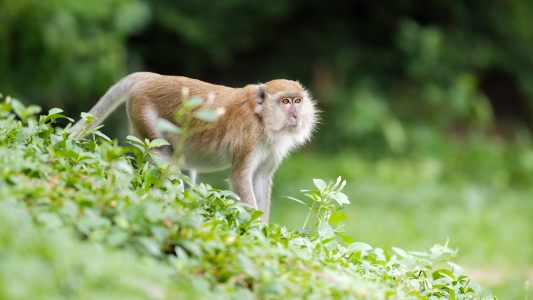 A mutation of the CCR5 gene can cure HIV — and thanks to CRISPR, scientists may soon be able to study it in animal models.