Doctors treating COVID-19 patients are testing the ability of common blood thinners to address one of the disease’s most alarming phenomena: silent hypoxia.

Hypoxia is a condition regularly associated with severe respiratory illnesses, such as pneumonia. It’s characterized by a low blood oxygen saturation level, and typically, a person with hypoxia looks like they have hypoxia: they’re gasping for air and in terrible pain.

Silent hypoxia is hypoxia without the outward symptoms — and it’s unusually common amongst COVID-19 patients.

While a person with a blood oxygen saturation level below 75% shouldn’t even be conscious, doctors have reported seeing COVID-19 patients with levels in the 70s, 60s, and even lower that appear to be breathing comfortably.

This isn’t just odd — it’s also incredibly dangerous. By the time the COVID-19 patients do have trouble breathing, they’re often on the brink of respiratory failure and must be put on a ventilator.

Doctors have struggled to explain this strange situation, and one hypothesis that has emerged centers on the way the coronavirus affects the lungs compared to other hypoxia-causing respiratory illnesses.

In patients with pneumonia, for example, low blood oxygen levels are often a result of the lungs filling up with fluid or having trouble expelling carbon dioxide. It’s those conditions that leave the patient gasping for air — not the low blood oxygen saturation levels directly.

The silent hypoxia experienced by COVID-19 patients, meanwhile, may be due to the formation of subtle blood clots in their lungs soon after infection.

Autopsies of COVID-19 patients have shown that some have hundreds of these small clots in their lungs. While these clots would prevent the blood from being properly oxygenated, they wouldn’t stop the patient from being able to breath normally — not initially, anyways.

If blood clots are causing COVID-19 patients’ silent hypoxia, Elnara Marcia Negri, a pulmonologist at Hospital Sírio-Libanês in São Paulo, theorized that a blood thinner might be able to alleviate the problem.

To test that theory, she conducted a study involving 27 COVID-19 patients, each of whom received a form of the blood thinner heparin. The dose was increased if the patient’s blood showed signs of excessive clotting.

Negri published the results of her study on the preprint server medRxiv on April 20.

She wrote that her team saw “significant improvement” in patients’ hypoxia following the heparin treatment. One was transferred to another hospital (and lost to follow-up) and two are critically ill, but 24 are now recovering.

Some researchers are already following Negri’s lead and testing the ability of heparin to improve COVID-19 patient outcomes. Others are treating patients with drugs designed specifically to break apart blood clots and improve oxygen levels.

Still, clots in the lungs are just one hypothesized cause of silent hypoxia. Emergency physician Nicholas Caputo told Science Magazine that imaging of one hypoxic patient’s lungs revealed an unusual waxy coating on the organs — and that could be a contributing factor as well.

Blood thinners also carry some risks — namely the possibility of excessive bleeding — which means doctors would want to be cautious about prescribing them to patients.

However, if research shows that the medications can effectively and safely treat silent hypoxia, they could be a simple solution to a very complicated — and potentially deadly — problem.

Coronavirus
Newly discovered antibody neutralizes all variants of the coronavirus
Using modified mouse models originally designed for HIV, researchers have discovered an antibody that stops all known strains of COVID-19.
Up Next 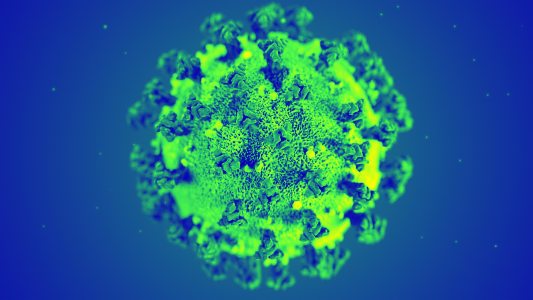 Coronavirus
The truth about coronavirus mutations and more COVID-19 updates
Subscribe to Freethink for more great stories
Subscription Center
Sections
Video
Freethink
Subscribe
We focus on solutions: the smartest people, the biggest ideas, and the most ground breaking technology shaping our future.
Subscribe