If you’ve spent any amount of time in the drug world, you’ve most likely heard of ketamine or, as your health teacher may have called it, Special K. Special K, drug researchers believe, may have uses beyond anesthesia or the dance floor. Our Dope Science Drug Guide is here to get you up to speed faster than a club kid’s heart rate.

First synthesized in 1962, ketamine was originally developed to serve as anesthetic for humans and animals, says John Krystal, chief of psychiatry and professor at Yale Medical School.

As far as anesthetics go, it’s considered fairly safe, with a broad margin for error (remember, sola dosis facit venenum) and a less depressive effect on breathing and blood pressure than other anesthetics and tranquilizers. For these reasons, it’s found itself used on battlefields and with children.

Ketamine is also used for the management of neuropathic pain, pain caused by nerve damage.

But it was the appearance of unusual and powerful psychoactive effects at low doses that hinted at its recreational future.

It is currently listed on the World Health Organization’s essential medicines list, but in 1999, the DEA listed it as a Schedule III controlled substance, with a “currently accepted medical use but some potential for abuse.”

Special K drug use outside the bounds of medicine began with the psychonauts and other mind explorers in the 1960s and following decades. You probably know it, however, for its proliferation to the four-to-the-floor, flashing lights, sybarite’s paradise of the dance club.

Special K effects include hallucinations and a feeling of dissociation, a hallmark of its psychoactive category. Dissociatives are a group of drugs that cause a feeling of detachment from one’s self and reality; PCP and DXM (an ingredient in Robitussin) are other examples.

But users often prefer ketamine to LSD or PCP because the hallucinatory trip is much shorter (typically lasting 30-60 minutes) and requires a lower dose.

So what’s it doing in the news? It turns out, the Special K drug holds much promise for people with treatment-resistant depression, an effect first discovered in Krystal’s Yale lab in 2000. When other drugs don’t have much effect, ketamine may — even more interesting, the effect is incredibly fast.

What is ketamine doing to achieve this effect? Quite frankly, we don’t really know.

“I think people would be surprised at how many drugs we truly don’t understand the mechanism of action,” says Lisa Monteggia. A professor of pharmacology and director of the Vanderbilt Brain Institute, Monteggia studies the basic science of ketamine, attempting to tease out what it’s doing on a biochemical level.

Monteggia believes ketamine is, well, special because of its rapid effect. “Can you use it as sort of a blueprint of what a rapid antidepressant effect could look like?”

It took years for researchers to accept the possibility of rapid ketamine antidepressant treatment.

Perhaps a quick hit of ketamine could pull back on the emotional joystick while spiraling into despair or ward off suicidal ideation long enough for the sufferer to get help.

Beyond depression, ketamine is being studied for its potential impacts on OCD, PTSD, and borderline personality disorder. Some researchers are looking at ketamine as a possible treatment for schizophrenia, but Yale’s Krystal isn’t convinced — a reminder that it’s still very early days for all of this research. (There’s even very, very, very preliminary evidence for ketamine being used to alleviate alcoholism.)

“I think that we understand enough about ketamine and Esketamine (a mirror drug recently approved by the FDA as a nasal spray) to prescribe them for treatment-resistant symptoms of depression,” Krystal says.

“It is my opinion that all of the other applications are in an early exploratory phase of research.”

Special K drug research beyond anesthesia is still in its early phases, with antidepressant research most well-developed.

Krystal has seen firsthand the rapid antidepressant properties of ketamine in his patients with OCD. Patients beyond his Yale lab write to him to describe their positive experiences with the drug. “It is very moving to hear their stories,” Krystal says.

On the opposite coast, Stanford psychiatry and behavioral science professor Alan Schatzberg thinks the field should tread carefully.

“The drug has limited positive data, with only one study out of three demonstrating statistical significance over placebo,” Schatzberg told Stanford Medicine’s news center. “The difference is small, and it’s difficult to blind, because it causes a dissociative state — people wig out — so it’s clear when someone has received ketamine and when someone has received a placebo.”

Krystal argues that the meta-analyses of ketamine, looking at all the data across many studies, do indicate a positive effect on depression. But the lack of a placebo control makes it hard to tell if the Special K effect is what’s causing the depression relief.

Schatzberg is also concerned about the lack of data about ketamine’s impact over the long term; how long can a ketamine course be administered?

These kinds of basic questions are what Monteggia and other researchers are attempting to answer. The kind of basic science Monteggia’s lab is engaged in is crucial for the future of drug development.

“If we can understand how the drug works, hopefully we can build on it to make better treatments and have a wider impact,” Monteggia says. 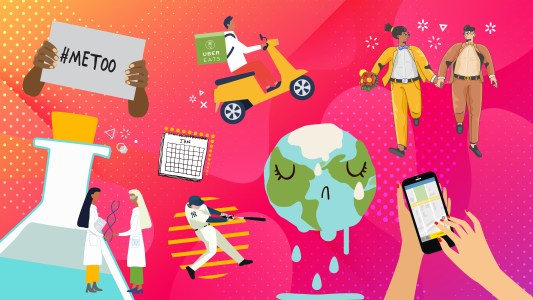 Opinion
9 ways the 2010s decade changed the world
By B. David Zarley
Subscribe to Freethink for more great stories
Subscription Center
Sections
Video
Freethink
Subscribe
We focus on solutions: the smartest people, the biggest ideas, and the most ground breaking technology shaping our future.
Subscribe