Michel Roccati was in a motorcycle accident in 2017. It left his lower body completely paralyzed. Now, thanks to breakthrough technology, he can walk again.

It is one in a wave of fresh discoveries offering new hope for people with severe spinal cord injuries. In Roccati’s case, scientists created a spinal cord implant that uses electrical stimulation to reawaken and reconnect spinal neurons.

Both studies are promising signs that many people with paralysis today could, one day, walk again.

Reawakening the spine: A team of researchers at the École Polytechnique Fédérale de Lausanne (EPFL) created Roccati’s six-centimeter spinal implant. It was placed in his spinal cord and attached to individual nerve fibers, mimicking the action of the brain in sending electrical impulses to his muscles.

Nerves in a healthy spine transmit signals from the brain to the legs. But after an injury to the spine, those signals are weak or nonexistent. The muscles in the legs may be healthy enough to walk, but without the brain signaling them to move, they remain immobile.

The new implant can help patients walk again by acting as a signal booster. A computer carried by the patient triggers the electrical impulses.

Although his first few steps were labored and required support bars, it only took a few months of rehabilitation before Roccati could walk with a standard walker. Now he can walk nearly a kilometer without stopping, and stand for a few hours, reports Science Alert.

Roccati and the two other patients in the study all saw improvements in their mobility — including the ability to walk, climb stairs, swim, or canoe. One was even able to become a father.

“I stand up, walk where I want to, I can walk the stairs — it’s almost a normal life,” Roccati told the BBC.

The team published their work in the journal Nature Medicine. It describes the first time someone with their spinal cord completely cut has been able to walk without assistance.

“I have not heard of any study where they have put in an implant [into a patient with a complete spinal cord cut] and demonstrated muscle movements and improving balance, enough to stand and walk,” Ram Hariharan, a consultant at the Northern General Hospital in Sheffield told the BBC.

However, he added, “We need more numbers [of patients] to show that it is first safe and that it significantly enhances their lives. Only then can it be taken forward.”

Grégoire Courtine, who led the team, says the work isn’t a cure but it is a “critical step to improve people’s quality of life.”

“We are going to empower people. We are going to give them the ability to stand, to take some steps. It is not enough, but it is a significant improvement.”

A brand new spinal cord: While the implant could offer a tremendous improvement for some paralyzed people, they still remain dependent on an external device to walk. For a true cure, you would need to regenerate the spinal cord altogether.

A team at Tel Aviv University appears to have done just that — albeit in mice.

The team, led by Tal Dvir, used engineered human stem cells to grow functional human spinal cord tissues — essentially growing part of a spinal cord in the lab with a process that mimics how they grow in human embryos. Then, they implanted them in lab animals that had recent or long-term spinal cord injuries.

According to the study, which they published in the journal Advanced Science, animals with both recent and chronic spinal injuries that received the spinal cord implant recovered major gains in walking ability.

While it was successful in lab animals, there is still much work to do before it could work for humans. Eventually, the researchers hope to launch clinical trials in human patients.

“Our goal for the next few years is to engineer personalized spinal cord implants to repair tissue damaged from injury without the risk of implant rejection,” the researchers said in a statement. 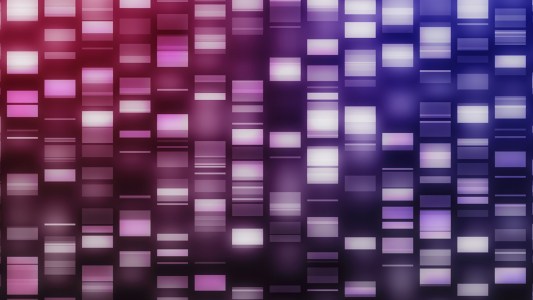 The Stanford Medicine team set a new record for DNA sequencing. They went from obtaining a blood sample to diagnosing an illness in just 8 hours.