Most bacterial infections are easily treatable with antibiotics, but if a “superbug” makes its way into your system, you’re in for a fight.

Superbugs are bacteria that are resistant to antibiotics — they have faced the same antibiotics so often, for such a long time, that they have evolved natural defenses against them.

Antibiotic resistance is already a global health threat, and more and more infections that were once easy to treat with antibiotics are starting to develop resistance to the drugs.

If we don’t find effective weapons against these superbugs, experts fear that medicine will regress to the pre-antibiotic era, when a common infection or minor injury could kill a patient.

Now, researchers have found a way to make a deadly, drug-resistant superbug once again susceptible to three different antibiotics — they just needed a little help from a virus.

The Enemy of My Enemy…

A bacteriophage (“phage” for short) is a type of virus that preys exclusively on bacteria.

Phages are harmless to humans, and doctors were using them to treat bacterial infections before antibiotics (let alone antibiotic resistance) were even a thing.

However, phage therapy never really took off because most phages only target one specific kind of bacteria — and since the discovery of penicillin, it’s been easier for doctors to just prescribe a broad antibiotic that could kill whatever the problem was.

But in response to the rise of antibiotic resistance, researchers are starting to look more closely at phage therapy, hunting for viruses that can kill superbugs — and a team at Monash University has just discovered a good one.

At the center of the Monash study is the superbug Acinetobacter baumannii (A. baumannii).

Classified as an “urgent” threat by the CDC, A. baumannii can infect wounds, the lungs, the urinary tract, or the bloodstream. It’s responsible for 20% of all infections in ICUs (at least, it was prior to COVID-19), and ultimately kills 700 people in the U.S. every year.

A. baumannii has several defenses that make an infection hard to clear. One is an ability to produce enzymes that destroy antibiotics. Another is a thick, viscous outer shell that protects it against both antibiotics and the immune system.

Three once-ineffective antibiotics were able to kill the shell-less superbug.

The Monash researchers suspected that there might be a phage capable of doing what antibiotics and the human immune system couldn’t — kill A. baumannii — so they started hunting for it in wastewater (always fertile ground for virus hunters).

Eventually, they found a range of phages that were fatal to the superbug.

However, even though those phages could kill most of the bacteria in a petri dish, some always survived. Those bacteria would then continue to multiply and grow into a whole new phage-resistant bacterial population.

When the researchers studied the phage-resistant A. baumannii, they discovered that these survivors lacked the bacteria’s characteristic outer shell — the phage needed to be able to attach to that shell to kill the superbug, so the bacteria evolved to shed it.

Losing the shell was an effective defense against the phages, but it left A. baumannii vulnerable once again to antibiotics — three out of nine antibiotics the researchers tested were able to kill the shell-less superbug when tested in mice.

Killing bacteria in mice is far less complicated than wiping out an infection in a person, so more research is needed. However, this study suggests that, in the fight against superbugs, a therapy combining phages and antibiotics could be worth more than the sum of its parts. 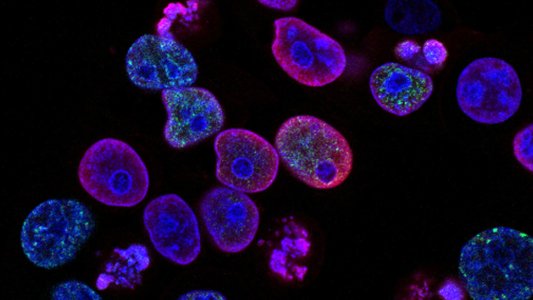 A new study has found evidence that cancer cells hibernate, slowing down their division and waiting out the harsh environment of chemotherapy.