Long before a person starts exhibiting the cognitive problems associated with Alzheimer’s disease, their brain will develop abnormalities that doctors can detect through brain scans and spinal taps.

However, because those methods are costly, invasive, and time-consuming, most people never know they have Alzheimer’s until they start experiencing symptoms.

Now, researchers have developed a blood test for Alzheimer’s that can accurately diagnose patients with the disease — even if they aren’t expected to develop symptoms for decades.

Experts believe this Alzheimer’s test could be ready for clinical use within three years — meaning doctors could soon have a cheaper, simpler way to diagnose the disease early in its development.

Why Test for Alzheimer’s?

Before getting into how the test for Alzheimer’s works, it’s worth considering the need for one.

After all, there’s no way to treat the disease — only its symptoms — so what’s the point of a test that diagnoses it years before it’ll have any impact on a person’s life? Wouldn’t knowing what’s ahead only cause people unnecessary stress?

That may be, but Alzheimer’s researchers are constantly working to find new treatments, and in general, the earlier doctors begin treating a disease, the better the patient outcomes. It’s possible that being able to intervene sooner will give doctors a leg up in developing therapies that might not be effective later on.

That means that once treatments are available, countless people could benefit from a test for Alzheimer’s that can detect the disease in its beginning stages.

In the meantime, an early diagnosis can give people with the disease time to prepare for it, as well as give them the option to participate in the clinical trials needed to find those Alzheimer’s treatments.

Until now, without a brain scan or spinal tap, there was no way to know this was happening.

Until now, without a brain scan or spinal tap, there was no way to know this was happening.

A Lund University-led research team discovered that it could predict the presence of both plaques and tangles in a person’s brain by measuring the amount of one specific tau protein (p-tau217) in their blood.

For a study published in the Journal of the American Medical Association, the researchers evaluated the accuracy of their blood test for Alzheimer’s on 1,402 people.

They found that it was more accurate than MRI scans at detecting the disease and as accurate as PET scans and spinal taps. The only method more accurate is the only one that can definitively diagnose Alzheimer’s: a brain autopsy.

The Potential of P-tau217

The same day the Lund University team published its study, researchers from Washington University School of Medicine in St. Louis (WUSTL) published a separate paper that also supports the use of p-tau217 as a target for a blood test for Alzheimer’s.

In that study, published in the Journal of Experimental Medicine, the researchers used a different method to measure the p-tau217 levels in participants’ blood, but also found a correlation between higher levels of the protein and the presence of amyloid plaques.

Accurate, low-cost diagnosis is really exciting, so it’s a breakthrough.

“I personally find it very reassuring that these different groups are using different types of assays and getting the same result,” WUSTL researcher Suzanne Schindler told the New York Times.

“It looks real,” she continued. “It looks like 217 has tremendous promise as a blood test for Alzheimer’s disease, and it is likely to correspond with the symptoms.”

While neither team’s Alzheimer’s test is ready for clinical use just yet, Michael Weiner, an Alzheimer’s disease researcher at UC San Francisco who was not involved in either study, told the NYT he thinks they could be “within a few years.”

“It’s not a cure, it’s not a treatment, but you can’t treat the disease without being able to diagnose it, and accurate, low-cost diagnosis is really exciting, so it’s a breakthrough,” he said. 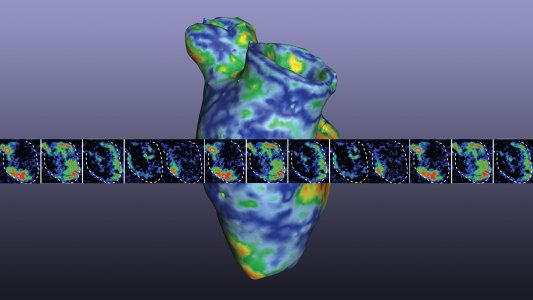 Scientists 3D print a heart pump capable of beating on its own — and the organoid could have a big impact on heart research.

Biology
Scientists 3D print a heart pump that can beat on its own
Subscribe to Freethink for more great stories
Subscription Center
Challenges
Video
Freethink
Subscribe
We focus on solutions: the smartest people, the biggest ideas, and the most ground breaking technology shaping our future.
Subscribe