Researchers at Cambridge University have finally figured out how the brain stops stressful thoughts and memories from taking over our minds.

The discovery offers new insight into how healthy brains stop intrusive thoughts, and it offers some hope for new kinds of treatment for PTSD, depression, and schizophrenia — mental conditions marked by an inability to suppress destructive and unwanted thought patterns.

Fire Suppression for Your Mind

Everyone has memories that they’d rather not think about, and, luckily, most of us can simply choose not to think about them. But everyone also knows what it’s like to get trapped in a cycle of negative thoughts. Often, we just needed something to snap us out of it or someone to tell us to stop thinking about it.

Unfortunately, people with PTSD or other conditions can’t simply “snap out of it” or “just forget about it.” This leaves them at the mercy of intrusive thoughts (like flashbacks, delusions, or obsessive anxiety) that can just rise unbidden, occupy their mind, and resist eviction.

The “Don’t Think about It” Chemical

People with PTSD and schizophrenia are missing a chemical in their cortex called GABA, which helps suppress unwanted thoughts. But injecting GABA directly to the prefrontal cortex (the part of the brain in charge of “executive functions”) doesn’t help: it just suppresses random memories.

In two studies, researchers at Cambridge discovered that GABA is also produced in the hippocampus, the part of the brain that handles memory. People in an MRI were shown one word from a pair that they had memorized; they were then told to think about the other word or to actively try not to think about it.

The MRIs showed that when people tried not to think about something, they produced lots of GABA in their memory center, which then spread along neurons toward the cortex. The more GABA they produced, the better they were at controlling and suppressing thoughts.

Why It Is a Big Deal

Figuring out how the brain puts the brakes on trains of thought is an incredible achievement. It knits together neuroscience and psychology in a way that rarely happens, showing how conscious thought can interact with memory and complex brain chemistry, in an observable way. It also suggests new directions for treatment of psychological conditions from PTSD to anxiety.

The researchers are very cautious about jumping from a description of one part of a complex process straight to a treatment, but they are actively exploring whether we can give people back control of their thoughts by stimulating more GABA production.

Psychology
Geopsychology: Your personality depends on where you live
Scientists in the relatively new field of “geopsychology” are seeing links between personality and location.

Medicine
Drug to treat alcoholism could also safely reduce anxiety
The alcoholism treatment disulfiram may be able to serve double-duty as an anti-anxiety medication, according to mouse studies. 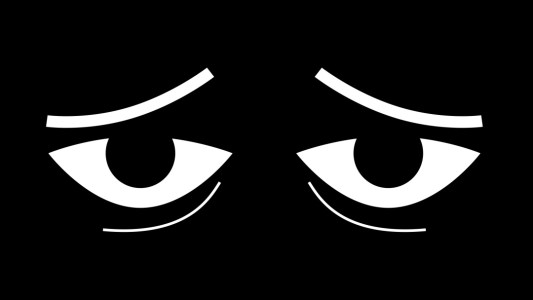 Losing sleep can have a lot of adverse health effects, but recent science shows it could also have a surprising upside