Researchers at Edith Cowan University in Australia in partnership with scientists at Niigata University of Health and Welfare in Japan have found that a four-week program consisting of three seconds of weight lifting per day for five days a week boosts strength to a surprising degree.

Forty-nine young, sedentary individuals took part in the study. Each were initially tested to find the maximum strength at which they could perform a weighted concentric biceps curl, a static isometric biceps hold, and an eccentric biceps curl (in which participants lowered a heavy weight at a set speed). The size of their two main biceps muscles — the biceps brachii and brachialis, located on the front part of the upper arm — were also measured.

Thirty-nine participants were then randomized to perform either a biceps curl, a static biceps hold, or an eccentric biceps curl at the most weight they could muster for three seconds per day, five days per week, over four weeks. That’s just 60 seconds in total over the entire time period. The remaining ten subjects were instructed not to train at all to serve as a control group.

After the four weeks were up, the researchers assessed the participants’ strength and measured their biceps’ thickness once again. The group performing a normal curl improved only slightly (6.3%) in isometric strength but did not improve elsewhere. The group performing static holds only experienced a boost in eccentric strength (7.2%). The eccentric group, on the other hand, improved markedly in every area of strength — concentric, isometric, and eccentric — by 10 to 13 percent! The control group’s strength was unchanged.

None of the groups’ arm muscles grew, but that’s actually not surprising. For those just beginning a weight training routine, the body’s muscles first undergo neural adaptations to boost strength. Motor units, composed of neurons and muscle fibers, start working more efficiently, and additional units are recruited in response to external bodily demands. One must typically train for a few months before muscles truly start to swell.

Lead researcher Professor Ken Nosaka from Edith Cowan University said the results show people do not need to spend vast amounts of time exercising to improve their muscle strength. “The study results suggest that a very small amount of exercise stimulus — even 60 seconds in four weeks — can increase muscle strength,” he said in a statement.

While a 10% increase is nothing to scoff at, the study’s findings are limited in two key respects. First, the study was conducted on untrained individuals over the course of a month. Three seconds per day of maximal effort might be enough to stimulate strength gains in novices, but it remains to be seen whether this sort of training could yield appreciable results over the long-term. To see improvements over time, exercisers must typically challenge their bodies in novel ways. That means heavier weights and longer duration workouts.

Second, the study was restricted solely to the arms’ biceps muscles. The program might not work as well on other, larger muscles like those in the legs, back, or chest. But Nosaka is hopeful that it will.

“If we find the three-second rule also applies to other muscles then you might be able to do a whole-body exercise in less than 30 seconds,” he said.

That sort of time commitment might just get more of us off our butts and into the weight room! 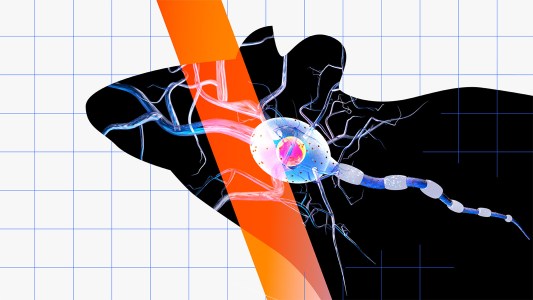 Neuroscience
Stanford scientists can control specific brain cells at a distance
By B. David Zarley
Subscribe to Freethink for more great stories
Subscription Center
Sections
Video
Freethink
Subscribe
We focus on solutions: the smartest people, the biggest ideas, and the most ground breaking technology shaping our future.
Subscribe