Right where your lower jaw connects to your skull is a tiny joint known as the TMJ (temporomandibular joint) — and for about 10 million Americans, it’s the source of a lot of pain.

The list of treatments for TMJ pain, though, is woefully short: steroid injections or surgical reconstruction. The relief from the former is only temporary, while the donor tissues and prosthetic devices used for the latter can be rejected or deteriorate over time.

Now, a third treatment option for TMJ pain is starting to emerge: replacing the joints with new ones grown from a person’s own fat cells.

For more than a decade, a team led by researchers at Columbia University has been developing techniques to grow bone and cartilage from stem cells to help people recover from injuries or disease.

For a new study, published in the journal Science Translational Medicine, they set their sights on TMJ pain.

What we found in this new work could be transformative.

The study started with a bit of liposuction to obtain fat tissue from Yucatan minipigs.

The next step was building a scaffold on which the stem cells could grow. For this, the researchers took cow bones, removed all of the cow cells, and shaped what was left into joints designed to perfectly fit each pig’s jaw.

They placed their programmed stem cells on the scaffold and put the whole thing in a specially designed chamber to grow for five weeks.

Once the new TMJs were done growing, the researchers transplanted them into the pigs, whose own jaw joints had been removed.

As soon as the animals woke up from the surgery, they began eating — the researchers took that as an encouraging sign, principal investigator Gordana Vunjak-Novakovic told the New York Times.

Six weeks later, they euthanized the pigs so they could take a look at their transplanted TMJs.

They found that the cow bone scaffold had been completely absorbed by the animals’ bodies — as intended — and the joint that remained looked just like the one each pig had been born with.

In the future, the researchers hope they’ll be able to grow new jaw joints from the fat tissue of humans and then use the replacement parts to relieve their TMJ pain.

The technique could even be used to grow other complicated replacement parts, such as knees, they told the NYT.

“What we found in this new work could be transformative,” Vunjak-Novakovic said in a press release. “These grafts had a native-like stratified appearance, integrated well with the surrounding tissues, and provided the biological and mechanical function of the native joint.” 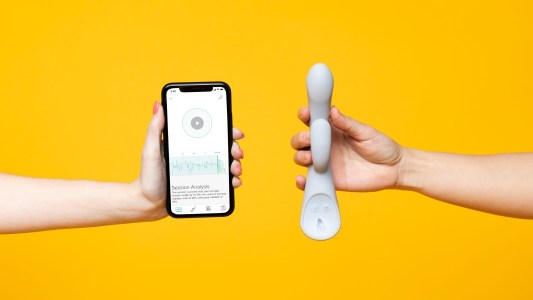