In October, a tobacco plant-based vaccine for influenza wrapped up two large phase 3 studies conducted during the 2017-18 and 2018-19 flu seasons, ScienceAlert reports.

The research, published in The Lancet, found the tobacco plant-based vaccine to be safe in humans and at least as effective as current flu vaccines.

The two trials — funded by the Québécoise company that developed the technique, Medicago — involved over 23,000 people.

They first looked at the vaccine in 10,160 adults aged 18-64 across Asia, Europe, and North America in 2017-18, and showed the tobacco plant-based vaccine protected around a third of the people who got it, about as well as the traditional vaccine did that year.

The second enrolled 12,794 adults over 65 and took place over the 2018-19 flu season, and once again the tobacco plant-based vaccine stacked up well.

In a commentary on the research also published in The Lancet, Imperial College London’s John S. Tregoning notes that while the protective effects were similar, the tobacco plant-based vaccine did not create as many antibodies as the commercial one.

Growing vaccines in plants has been seen as a viable production method for decades, although its adoption has been limited. There’s a tobacco plant-based vaccine for Newcastle disease we can give to chickens, for example. But this study marks the first time a plant-based vaccine has entered human clinical trials, Tregoning writes.

Already, the technique has been drafted — like seemingly every other process we can think of — to create a tobacco-grown coronavirus vaccine.

(It’s not lost on folks that the tobacco plant — no stranger to killing people — seems to be the lifesaving vaccine-green of choice. “There’s obvious irony there,” an executive at R.J. Reynolds Tobacco told NPR; Reynolds owns the company working on the coronavirus vaccine.)

To create their flu vaccine, the researchers used an Australian relative of the tobacco plant, genetically engineering it to grow proteins from the outside of the influenza virus.

These proteins, called antigens, are what the immune system needs to recognize to fight off an infection — but because they’re not a functioning virus and have no genetic material, they can’t infect anything themselves. This bypasses the long, tedious (but critical) process of chopping up and killing the virus, which is required to make traditional flu vaccines.

Plant-based vaccines have several advantages, the WHO says, chief among them their ability to be produced cheaply, rapidly, and at massive scales. In principle, they can be used for any virus-based vaccine, but they may offer special benefits for influenza.

Flu vaccines are among the most important public health tools in the world, as they mitigate the annual attacks of a virus with enough mutations to make the X-Men blush.

But acquiring the virus for flu vaccines is a slow and tedious process. As Freethink’s Kristin Houser explains,

First, they inject the virus into a fertilized chicken egg and then let it replicate, just like it would in human cells. When they’ve got enough virus particles, they extract the virus-filled egg white from the egg.

After killing and deactivating the part of the virus that actually infects a person, they test the antigen repeatedly to make sure every last virus is dead. This quality-control process takes months, but it’s obviously crucial.

This takes forever, but there’s a few other problems, too, Tregoning notes in the Lancet.

For one, the virus can actually evolve to be better at infecting chicken cells than human cells while it’s replicating in there. As a result, a key antigen on the virus can become a bit of a mismatch to its humanized equivalent, especially the H3N2 strain, making the vaccine less effective.

The other problem may bite us during a flu pandemic, which would obviously be very bad (I don’t need to tell you about the 1918 flu at this point, I’m sure.)

Influenza comes in a wide variety of horrible, horrible flavors, and unfortunately some of the ones most likely to cause a pandemic come from birds. Which raises an unpleasant prospect: what if the chickens we need to make eggs for our influenza vaccine are infected by the virus? We might suddenly have fewer eggs to work with, or the bird strain could impact the antigen production.

Being able to produce a tobacco plant-based vaccine may help us to avoid both of these issues.

There’s some challenges involved, of course, even beyond the usual trials and tribulations of vaccine creation. Perhaps most daunting is that it can take a bit to get the plants up and running, although this isn’t unsurmountable with some foresight — which is never a given when it comes to viruses.

Editor’s note: This article was updated 11/17/20 to represent the specific number of subjects in each study. 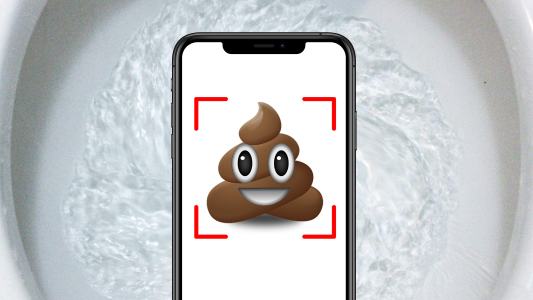 Fecal testing can reveal a surprising amount of medical data. Israeli startup OutSense wants to do so from your home.

Public Health
Finally! A smart toilet offers fecal testing for the masses
By B. David Zarley
Subscribe to Freethink for more great stories
Subscription Center
Sections
Video
Freethink
Subscribe
We focus on solutions: the smartest people, the biggest ideas, and the most ground breaking technology shaping our future.
Subscribe