Researchers at the University of Arizona believe they may have found one underlying genetic cause for unexplained epilepsy.

People with epilepsy suffer the sudden onset of seizures, unusual behavior, and loss of senses and awareness. Seizure symptoms can vary greatly: people may stare, seem confused, or have psychological symptoms like fear and anxiety, besides the physical symptoms such as stiff or uncontrollable limbs, falling, and loss of consciousness.

According to the WHO, epilepsy is a significant disease burden on the world, with an estimated 50 million people suffering from the condition. And for as many as half of them, there is a cruel edge of mystery: the exact cause of their epilepsy is unknown.

However, according to the National Institute of Neurological Disorders and Stroke, genetic mutations lie at the heart of many epilepsies — the majority of children born with Dravet syndrome, for example, have mutations in a specific gene that affects sodium ion channels.

Side discovery: The Arizona researchers were studying a gene crucial to the connection between motor and muscle neurons in mice, which controls movements and may be involved in seizures, when they made another discovery.

When a certain protein was missing from the neurons’ cell membranes, the nerves appeared damaged and started firing too frequently, the study’s lead author Tiffany Cho explained.

To check if the missing protein actually causes problems with muscles firing, the team turned to a tried-and-true animal model: the humble fruit fly and its equivalent protein, called Tmep. Fruit flies are easy to work with and are often used to experimentally knock out genes or test the function of certain proteins.

“What we found in the fruit flies was that the neurons seem to overreact to an individual stimulus,” when the Tmep protein is knocked out, explained neuroscientist and coauthor Martha Bhattacharya. Bhattacharya’s lab conducted the research, which was published in Molecular Neurobiology.

The bottom line is that this suggests that Tmep controls neuron excitability — its ability to respond correctly to stimulation.

“This is related to what happens to patients with epilepsy, so we think we may have identified a gene involved in some forms of epilepsy that don’t have another explanation,” Bhattacharya said.

The researchers were studying a gene crucial to the connection between motor and muscle neurons in mice when they made another discovery.

The details: The researchers believe that changes in Tmep cause epilepsy by changing the body’s ion channels. These channels control how much calcium is in a cell, which determines how likely it is for a nerve to fire.

“When we saw cellular changes in the fruit flies, it really made us think about whether this was also controlling balance of ions, for example charged particles such as calcium in neurons because that’s a common thing that happens with epilepsy,” Bhattacharya said.

It’s a major discovery: “No one had looked at whether this protein controls ion levels until this paper.”

Fruit fly larvae without Tmep also crawled much slower than their peers, so the protein may play a role in other neuromuscular diseases, like ALS, as well.

What it means for people: Different causes of epilepsy can require different treatments, since some medications can increase or worsen seizures if the underlying cause isn’t what doctors believe.

Understanding what is going wrong at a deeper level can help patients and their families avoid a painful process of trial and error, or years of mis-prescription.

“This is related to what happens to patients with epilepsy, so we think we may have identified a gene involved in some forms of epilepsy that don’t have another explanation.”

Discovering an entirely new cause for epilepsy can also mean a new potential pathway to treat it, with new drugs or gene therapies.

But all of this is, importantly, in flies, and more research is needed to see if any of it bears out in humans; Bhattacharya has begun connecting with clinicians working in the human version of the protein.

“One of the things we’d like to figure out is if those mutations, especially the ones in which the patients have epilepsy or something related, cause this overexcitability that we see,” Bhattacharya said. 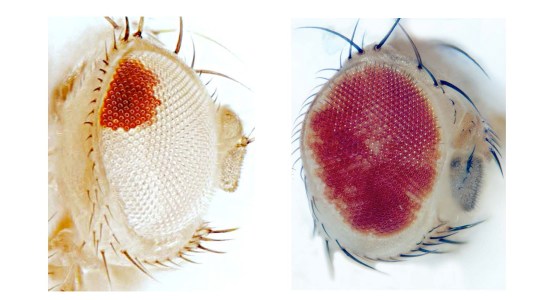 A new CRISPR system was far more effective and precise than CRISPR-Cas9 when tested in fruit flies.