A pilot study suggests that smoking is bad for you in a whole new way: it messes with your microbiome, the ecosystem of bacteria living on and in your body. Researchers found that cigarette smokers had less diversity in their microbiomes, more germs linked to cancer, and less beneficial probiotics. But vapers can breathe easy, at least for now: their gut microbes are just like non-smokers.

Not Quite Human… Not Quite Alien…: There are trillions of non-human cells inside you, mostly in your digestive tract. In an average person, they probably outnumber human cells, although nobody really knows, and some scientists say it could change after each, uh, “defecation event.” Either way, these non-human microbes are literally half of the human body, but until recently, nobody has been entirely sure what exactly they do here.

Say Hello to Your Lil Friends: We usually think of bacteria as infections that need to be stamped out, but the microbiome is different. It turns out that these bacteria are a natural part of your body, possibly from the moment you’re born, and they do all sorts of vital tasks, working right alongside (and inside) human organs. When they’re out of whack, from drugs or disease, it can cause a host of problems, from GI disorders to cancer.

Smoking Is Hazardous to Your Bacteria: Researchers from Newcastle University took samples of gut bacteria from smokers, non-smokers, and vapers to see how cigarettes and e-cigarettes affected the microbiome. First, the bad news: smoking is still bad. The study found that cigarettes suppress the biodiversity of your gut bacteria (like spraying Agent Orange over a rainforest), meaning fewer different kinds of bacteria. In particular, you have fewer beneficial probiotics, a deficiency linked to Crohn’s disease, and more Prevotella bacteria, associated with a higher risk of colon cancer.

Vape On? The good news is that e-cigarette users showed no significant differences in their microbiome compared to non-smokers. Including cigarette alternatives in studies on the health effects of smoking is a big step forward, because vaping is growing in popularity, especially among people who are trying to quit.

Pilot Study Alert : This was a provisional study, with small sample sizes: 10 smokers, 10 non-smokers, and 10 vapers. You can read the whole study online for free at the open access journal PeerJ. 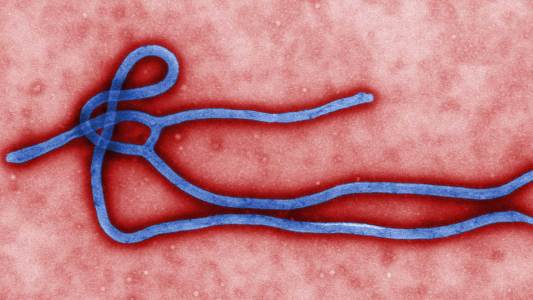 The vaccine works great at preventing infection—let’s hope it can also prevent media panic too.