Urinary tract infections (UTIs) are the most common outpatient infection, with 50-60% of women suffering from them at some point. But despite their prevalence and persistence — and the high burden of doctor’s visits and reduced quality of life — there is currently no vaccine for UTI.

But Duke researchers believe they may have found out how to make one.

“Although several vaccines against UTIs have been investigated in clinical trials, they have so far had limited success,” Soman Abraham, Duke professor of Pathology, Immunology and Molecular Genetics & Microbiology, said in a release.

“There are currently no effective UTI vaccines available for use in the U.S. in spite of the high prevalence of bladder infections,” Abraham, the paper’s lead author, said.

“Our study describes the potential for a highly effective bladder vaccine that can not only eradicate residual bladder bacteria, but also prevent future infections.”

UTIs are notorious for their ability to reoccur, and an unusual immune response — previously identified this past spring by Abraham’s team — may explain why.

The Duke team infected mouse bladders with E. coli. The resulting immune response, published in Nature Immunology, showed an emphasis on repairing damage, rather than hunting down and killing the bacteria.

In mice, the bladder’s first line of defense was shedding its cell lining. This makes sense: the bacteria glom onto the wall, so sloughing it off should help clear the infection.

However, this also leaves the bladder exposed to a certain acid — specifically, uric acid.

“Because of the harm urine can cause to the unprotected bladder wall, it is not surprising the bladder prioritizes recovery of its plaque-covered inner wall lining over bacterial clearance during infection,” Jianxuan Wu, the study’s lead author, said in a press release.

But prioritizing repair means some bacteria will miss their date with death, lurking to infect again.

Designing a Vaccine for UTI

The new research aimed to reconfigure that immune response.

To better prime the immune system to run the bacteria to ground, the researchers injected a UTI vaccine, using antigens from the type of E. coli that causes UTIs, directly into mice bladders.

When challenged with E. coli, the mice ably fought off the bacteria, mopping up any stragglers as well.

“By administering the vaccine directly into the bladder where the residual bacteria harbor, the highly effective vaccine antigen, in combination with an adjuvant known to boost the recruitment of bacterial clearing cells, performed better than traditional intramuscular vaccination,” Wu said.

These findings suggest the site of injection could be an important component in vaccines for UTI — delivering them to the source may be key.

While the research is only in mouse models thus far, Abraham believes the vaccination technique could be moved into human clinical trials soon, as all of its component pieces have already been proven safe in people. 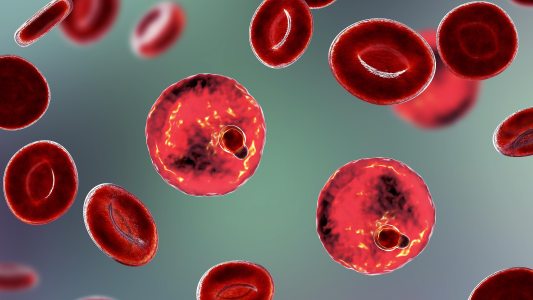 An effective malaria vaccine could save hundreds of thousands of lives each year. Can RNA vaccines like the ones fighting SARs-CoV-2 tackle another disease?

Public Health
Can RNA create a malaria vaccine?
By B. David Zarley
Subscribe to Freethink for more great stories
Subscription Center
Sections
Video
Freethink
Subscribe
We focus on solutions: the smartest people, the biggest ideas, and the most ground breaking technology shaping our future.
Subscribe