Researchers at Yale and the Swiss pharmaceutical giant Novartis have just acquired a U.S. patent issued for a new malaria vaccine, which they hope will help end the parasite’s enormous human costs.

The WHO estimates that there were 229 million cases of malaria globally in 2019, causing over 400,000 deaths — the majority children under five.

And while great progress has been made — El Salvador recently became the first Central American nation to be declared free of the parasite — the disease has proven stubbornly intractable, especially in sub-Saharan Africa.

While many malaria vaccines have failed to make the jump between animal and human trials, these results are among the best seen at this stage.

“It’s probably the highest level of protection that has been seen in a mouse model,” Yale School of Medicine professor — and vaccine co-inventor — Richard Bucala told The Academic Times’ Monisha Ravisetti.

Malaria is caused by members of the Plasmodium family, a host of nasty little unicellular parasites that use human red blood cells to reproduce.

They usually make their way into a human via the bite of an infected mosquito, which in turn got it from biting an infected person. Vector control — i.e, curtailing and killing the bloodsuckers — is currently the best way to fight the disease.

But bed nets and insecticides can’t do it all, and as Plasmodium and mosquitoes both develop resistance to our chemical means of killing them, researchers are racing to develop new, better ways of fighting the disease — from crystal pesticides and drugs made from cone snail venom to playing God with the mosquito’s very genome.

What’s missing from our anti-malaria armory, you’ll notice, is a malaria vaccine, and for good reason: Plasmodium‘s got a trick up its sleeve.

Vaccines work by priming the immune system to recognize invaders. One key component to long-lasting protection is memory T cells.

To oversimplify it, these cells are responsible for “remembering” a pathogen and marshaling the appropriate immune response, posthaste, if it sees it again: creating antibodies, calling in reinforcements, and generally going shock-and-awe on it.

Plasmodium, much like a drunken night, slips your memory, however. Bucala led the team that figured out how: the parasite uses a protein (called PMIF) to suppress memory T cell creation — and no memory makes for poor immunity.

This is a key reason why malaria is such a huge problem: you can be infected again and again, even by the same strain. And it’s a big reason why vaccines are so challenging.

There is only one malaria vaccine approved thus far, marketed under the name Mosquirix

“It’s about 30% effective, 40% effective,” Bucala told me via Zoom. “But after 3 years, the efficacy is way down,” and those who are still protected tended to have higher memory T cell production.

That sounds disappointing, but given the massive scale of the problem, it’s still a tremendous advance, Bucala says.

But we may be able to do better.

The new malaria vaccine is based on RNA, similar to Moderna and Pfizer’s COVID-19 vaccines (which you should 100% get as soon as you are able) but using a different kind of RNA, called saRNA.

RNA vaccines deliver the blueprints of whatever you want the immune system to recognize (called the antigen) to your cells, which then crank out those proteins for the immune system’s target practice.

With the COVID-19 vaccines that target the coronavirus’s spike protein, the response was lots of antibodies — and lots of T cells — that neutralize that critical part of the virus.

However, instead of targeting a protein on the outside of Plasmodium or the parasite as a whole, the new malaria vaccine focuses on just PMIF, the protein that interferes with the immune response and prevents it from creating long-term immunity.

The saRNA tells your cells to create just the PMIF protein, creating anti-PMIF antibodies and, ironically, memory T cells against that protein.

Much like the flu or HIV, the outer proteins on Plasmodium shift around a lot, making them moving targets for vaccines and the immune system.

By comparison, PMIF is a sitting duck; the protein is absolutely crucial to the parasite’s way of life.

“Because it’s so highly conserved and depends on the host, malaria can’t mutate away from it,” Bucala says.

When injected into mice, the vaccine worked incredibly well — so well, in fact, that the researchers scrapped plans to combine their PMIF malaria vaccine with Mosquirix.

Mice who had received the malaria vaccine showed improved infection control when challenged with Plasmodium, and they were completely protected from reinfection. The vaccine wasn’t designed to prevent infection outright, but it did make the disease less severe and ensured long-term immunity.

The next step is to begin clinical trials in humans.

Bucala and Geall are turning to the same Oxford team that developed AstraZeneca’s COVID-19 vaccine. They are one of the few centers (or, in this case, centres) in the world doing phase 1 human challenge trials with malaria.

By exposing (or “challenging”) vaccinated volunteers to the parasite in a controlled setting, the vaccine can be tested much faster than other efficacy studies, which require tens of thousands of people and months to years for people to encounter the disease in the wild.

The saRNA malaria vaccine will first be tested against other vaccine candidates in Oxford’s mouse model, Bucala tells me, “and if all of that works, then we’d talk about doing phase 1 testing.”

“This is not in humans yet, but they are the group that can put it into humans, I think, best,” Bucola told The Academic Times. “We are doing those studies this year.” 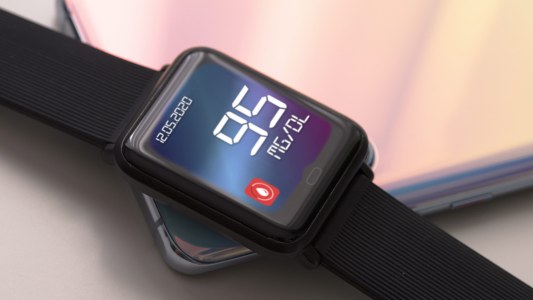 The ability to easily monitor blood sugar levels would allow everyone to have more control over their own metabolic health — not just people with diabetes.