Blood sugar levels can now be continuously monitored with a simple wearable device and an app on your smartphone.

Digital healthcare startups like Nurisense, January, and Supersapien are popping up, claiming to help average people make healthier diet and exercise choices based on their individual needs. Fitbit and Apple Watch are getting in on the action, too.

The ability to easily monitor blood sugar levels would allow everyone to have more control over their own metabolic health — not just people with diabetes.

In the U.S., 88 million adults have pre-diabetes, a precursor to Type 2 diabetes, which results from chronically high blood sugar levels. But more than 84% of Americans living with pre-diabetes are unaware they have it — or that they are at risk of developing Type 2 diabetes.

If left untreated, diabetes can lead to a ton of health complications, like strokes, heart disease, and even blindness, amputation, or death.

We all know the general healthy eating guidelines — for example, sugary foods aren’t great in part because they’ll make your sugar levels spike.

While this blanket rule is helpful, individuals can have a wide range of metabolic responses to the same foods or serving sizes. What’s okay for someone else may be bad for you.

“The huge differences that we found in the rise of blood sugar levels among different people who consumed identical meals highlights why personalized eating choices are more likely to help people stay healthy than universal dietary advice,” said Eran Segal, with the department of Computer Science and Applied Math at the Weizmann Institute of Science.

Individuals can have a wide range of metabolic responses to the same foods or serving sizes.

In 2015, Segal and his team monitored the blood sugar levels of 800 people over a week. Even though the participants all ate the same meals, the study revealed a huge variability in metabolic responses.

“We could see, for example, that when you give some people bread, some people have almost no change in their blood glucose levels whereas others had very high responses. The same goes for any food that we provided,” Segal said, according to CBS News.

And a 2018 study from Stanford revealed that when 57 adults monitored their sugar levels for two weeks, even individuals who were considered healthy saw their blood sugar drastically spike on many occasions — a sign that they could be on the road to diabetes.

When you eat carb-rich foods, your body converts them into glucose, which is then used immediately for fuel or stored for later either as energy or fat. Your ability to stay mentally sharp and physically fit largely depends on your body’s ability to maintain a healthy blood sugar level.

Food, of course, isn’t the only thing that affects blood sugar levels — sleep, stress, and other environmental factors can, too. But the ability to understand which foods make your personal sugar levels spike could help weed out some of the ambiguity that comes with nutritional choices.

Continuous glucose monitors (CGMs) were developed in the late ’90s in order to help people manage their diabetes. But until recently, all CGMs still required the user to calibrate the device by pricking their finger daily.

New consumer wearables claim to monitor your levels without the need to draw blood. And, for the first time, they’re being marketed toward people without diabetes.

Most of these devices attach to your arm via a tiny sensor inserted under your skin, monitoring the glucose found in the fluid between cells.

The sensor can read your levels every few minutes and send that information to an app on your smartphone. You can then see which foods are making your levels spike, and many apps have personalized suggestions for how to get back into the healthy range. For example, a quick walk at a certain time can often bring down your sugar levels.

Some devices, like Supersapien, are designed for the serious athlete who wants to make marginal gains in their athletic performance.

These apps and devices aren’t cheap — they’ll set you back anywhere from $200 to $400 dollars. Unless you’ve got cash to burn, they will need to provide serious health benefits. Do they?

Anecdotally, yes. Numerous people who’ve tried it — including Anahad O’Connor at the New York Times and Kieran Alger at Wired, report learning new tricks to controlling their personal sugar levels. Users claim that continuous monitoring helps them feel more energetic, get better sleep, and even perform better during their workouts.

But these anecdotes don’t necessarily translate into real scientific benefits.

“I think it’s really important that it be rigorously tested. It’s an expense to people and to the health care system, so we really do need to have evidence of benefit,” Dr. Aaron Neinstein, an endocrinologist at UC San Francisco, told the NYT. He predicts that everyone with diabetes will have a CGM within a few years, but he remains cautious about its use for non-diabetics.

Without rigorously tested scientific evidence, he likens healthy people’s use of the apps as more of a personal science experiment.

“There is so much unhealthy food all around us, and we’re in an epidemic of metabolic disease,” he told the NYT. “If people can use these devices to test different foods and get a little feedback on what are the behaviors that are making them less healthy, then that seems like a valuable thing to me.”

Global Development
How child mortality fell from 40% to 3.7% in 200 years
The collapse in child mortality rates is a testament to the tremendous benefits of scientific, technological, and economic progress.
Up Next 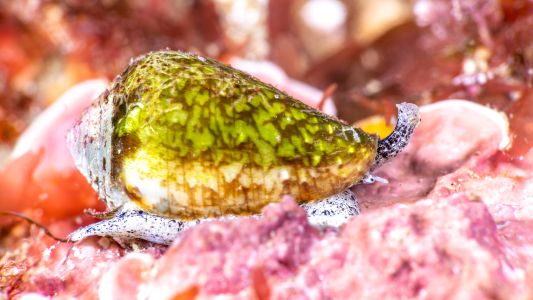 Clumps of infected red blood cells can make malaria dangerous even after its parasite is treated. Cone snail venom may one day help.