Mushrooms are delicious, nutritious mini-pharmaceutical factories. They produce well over a hundred compounds with links to good health, from immune system enhancement to protection of the cardiovascular system.

Recent studies suggest blasting mushrooms with UV radiation can push production of these compounds into overdrive. And this could be key to solving the global vitamin D insufficiency and deficiency problem, according to a recent review published in the International Journal of Food Science & Technology.

Over half the world population is vitamin D insufficient, which means they do not get enough vitamin D to maintain optimal health. About one billion are vitamin D deficient, which can result in more severe conditions like rickets. This might be a bit surprising, considering humans produce vitamin D in response to exposure to the UV radiation in sunlight (hence, why vitamin D is also known as the “sunshine vitamin”). Insufficiency and deficiency in vitamin D have been linked to increased risk for dozens of diseases — osteoporosis, cancer, and COVID, just to name a few.

Vitamin D insufficiency and deficiency mainly can be attributed to lifestyle and diet. As humans decrease their time outdoors and increase their sunscreen use, they are exposed to less UV radiation than they have been historically. Additionally, there are surprisingly few foods that naturally contain vitamin D (which is why milk is often fortified with it). Wild fatty fish, such as salmon and herring, and egg yolks are amongst the only animal sources of vitamin D. Unfortunately, farmed fish and chickens raised indoors have less than a quarter of the vitamin D found in their free-ranged brethren.

But just like fish and chickens, commercially grown mushrooms contain very little vitamin D — because they are often grown in the dark. But there is a simple fix. Similar to humans, mushrooms produce vitamin D when exposed to UV radiation. “When we humans are hit by UV light, our cholesterol starts producing vitamin D in the skin through a photochemical process. This is similar to what happens in the mushroom, but here it’s the ergosterol that’s converted into vitamin D by means of the energy from the UV light,” says Hanne L. Kristensen, a food scientist at Aarhus University.

The positive effect of irradiation doesn’t end with a boost in vitamin D. Past studies have shown that the stress generated by UV irradiation can trigger the mushroom cells to go into a protective state, producing an abundance of antioxidants and anti-inflammatory molecules. Additionally, the authors hypothesize that irradiated mushrooms are effective in preventing osteoporosis, due to the ideal combination of vitamin D and minerals that can exert constructive effects on bone density.

“It is evident that UV irradiation is beneficial in enhancing the nutraceutical contents significantly,” write the authors.

Even better: You don’t have to wait for irradiated mushrooms to hit the stores; you can irradiate your mushrooms at home.

According to Paul Stamets, the founder of Fungi Perfecti who was featured in Netflix’s 2019 documentary Fantastic Fungi, simply drying shiitake mushrooms in sunlight for 6 hours with the gills facing up can boost their vitamin D levels nearly 460%. This is one of the few biochemistry experiments that you can try at home. 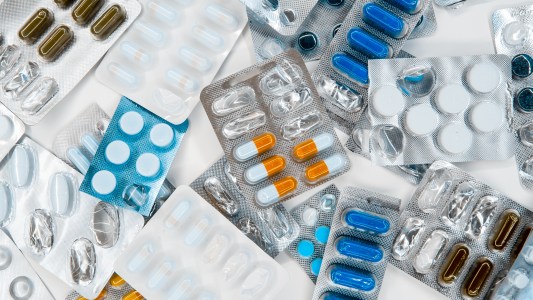 Painkillers have nasty side effects, such as organ damage or addiction. Researchers have discovered a new drug that may cause none of these.