When injected with an immune-triggering molecule that makes them feel sick, vampire bats interact less with their colonymates, isolate themselves more, and cut down on social grooming — in short, they followed basic public health advice.

With Halloween right ahead of us, we can take some cues from the creatures of the night.

The findings, published in Behavioral Ecology, come from the lab of Gerald Carter, assistant professor of evolution, ecology and organismal biology at Ohio State. He knows what’s what when it comes to vampire bats — his lab has previously shown vampire bats build trust gradually and that bat moms dote on their offspring even when both are under the weather.

But sick folks will often distance naturally, if nothing else than from feeling exhausted, helping to cut down on social interaction.

“That’s the same thing we were observing in this study: In the wild, vampire bats — which are highly social animals — keep their distance when they’re sick or living with sick groupmates,” Ripperger said. “And it can be expected that they reduce the spread of disease as a result.”

To track the vampire bats’ behavior, the researchers snagged 31 females from what must have been quite a spooky tree in Belize, injected 16 with an immune-response molecule, and the rest with a placebo. To track their actions back home in the tree, the vampire bats sported tiny “backpack” proximity sensors, which sounds pretty darn cute.

“We focused on three measures of the sick bats’ behaviors: how many other bats they encountered, how much total time they spent with others, and how well-connected they were to the whole social network,” Carter said.

According to Carter, some of this can be attributed to the same lethargy people feel when sick; the wild findings back up what he’s previously seen in the lab.

“These simple changes in behavior can create social distance even without any cooperation or avoidance by healthy bats,” Carter said.

Disease on the Wing

Although not particularly surprising, understanding the behaviors of vampire bats — especially when it comes to bat-borne viruses — is essential.

Vampire bats are a well-known vector of rabies virus, the deadliest virus in the world, killing essentially all who contract it and don’t receive immediate vaccination; per NPR, rabid bat bites may kill as many as 1% of people per year in some remote Amazon villages, and they can ravage livestock.

“Officially, rabies costs farmers about $30 to $50 million a year,” Daniel Streicker, an infectious disease ecologist at the University of Glasgow, told NPR. “In Peru, it’s the No. 1 disease reported in livestock and one of the things farmers are most worried about.”

Combining the social distancing data with what we know about pathogen spread could help us to develop models of how sick behavior impacts disease in social groups; stopping the next zoonotic disease before its spillover into humans will require us not understanding just the pathogens, but also the animal’s behavior and their environment.

One important note: the researchers did not infect the vampire bats with a real pathogen, just a molecule to make them feel sick; it’s possible a true infection could cause very different results.

“Some real diseases might make interactions more likely, not less, or they might lead to sick bats being avoided,” Carter said. 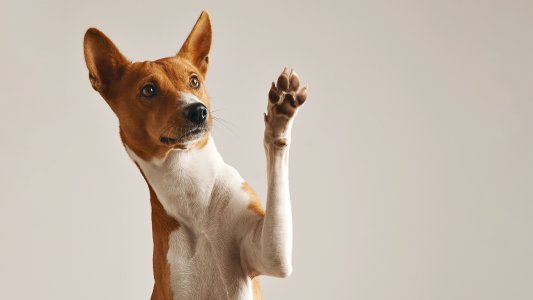 AI
If you train robots like dogs, they learn faster
By Kristin Houser
Subscribe to Freethink for more great stories
Subscription Center
Sections
Video
Freethink
Subscribe
We focus on solutions: the smartest people, the biggest ideas, and the most ground breaking technology shaping our future.
Subscribe