Jesse Levine was born with a congenital heart defect where the valves in her heart were reversed. It’s a serious medical condition—she has had a pacemaker since she was two years old—that has required constant monitoring from doctors as she’s grown older. Like most parents, her father Steve wanted to learn all he could about her condition. But unlike most parents, Steve Levine has spent years developing solutions that could help doctors treat patients like his daughter.

“Being a lifelong patient you realize that a lot of people don’t have a lot of involvement in their medical care,” Jesse explains, “My dad got really involved and the doctors opened up to him because he’s an engineer.”

Steve has worked for years at Dassault Systèmes, helping companies model real-world scenarios inside the computer.

“Everyone sees cars being crashed on TV and they see crash dummies,” Steve explains, “And there’s an assumption that when automotive companies build cars, they build prototypes and they put the dummies in, see what happens and then they tweak the design. And they used to do that years ago. But now they do that all on the computer because we can actually simulate exactly what happens to the car down to the smallest rivet on the computer. Because we understand the detailed physics of what happens.”

After years of helping companies model countless scenarios to deliver better products, Steve began to wonder if the same could be done for the human body. Steve’s insight was a simple, but profound one: the human body is just a more complicated machine of which we explore different parts. So why can’t we create a virtual heart?

Watch: Go Inside a Heart in Virtual Reality

While there are a whole host of other promising technologies (from brain implants to stem cells to exoskeleton suits) to restore lost function for parapalegics and quadrapalegics, researchers are hopeful this approach will be yet another avenue to help people regain lost mobility.

Researchers at the University of California’s Institute for Creative Technology have developed a unique treatment for PTSD by repurposing video game software and virtual reality headsets.

Patients are immersed into the simulation while a nearby clinician asks them questions throughout the session and controls all aspects of the experience—from the location, mission, time of day, even individual sounds and smells.

Participants slip on a headset and enter a tame, virtual environment. Initially, no spiders are present. When ready, participants can choose to advance to the next level with a single spider. Each subsequent level has more and more spiders. If the level becomes too much, participants can retreat to the previous level. The goal is to help people feel in control of the experience and to face their fears through immersion.

While the application in medicine is still in its early stages, people like Steve Levine are confident that virtual reality holds the promise of better care for millions of people. 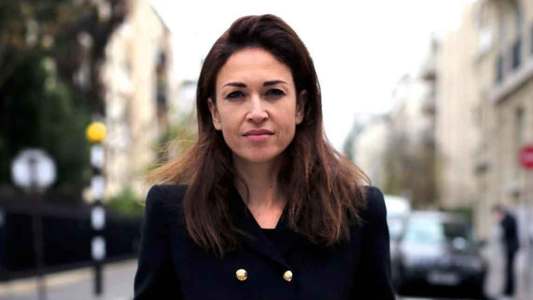 Doctors told Karen Aiach her daughter had a rare and fatal disease. So she decided to invent a cure.

Medicine
The mom who will stop at nothing to save her daughter's life4:01
Subscribe to Freethink for more great stories
Subscription Center
Sections
Video
Freethink
Subscribe
We focus on solutions: the smartest people, the biggest ideas, and the most ground breaking technology shaping our future.
Subscribe