Vaccination has been a powerful tool for stopping contagious diseases for two centuries, and scientists are working hard on new vaccines for diseases like HIV and malaria. But there’s a lot that could still be done with our existing technology: 3 million people (including over a million children) die each year from vaccine-preventable diseases, mostly concentrated in poor countries.

Unfortunately, while vaccines tend to work extremely well in the developed world, they are much less effective elsewhere. This mystery has puzzled scientists and frustrated health organizations for years, but a new study may have found the answer. Common diseases in the developing world, like TB and malaria, can damage lymph nodes and trigger chronic inflammation, making people more susceptible to infection and less responsive to vaccines. This finding could be crucial to unlocking the benefits of immunity for both new and existing vaccines throughout the world.

The Good News: Many contagious diseases have been eradicated or battered to the fringes of wealthy countries, in large part thanks to highly effective vaccinations. Most of our commonly used vaccines are about 90% effective in high-income countries (meaning that vaccinated people are 90% less likely to get sick if they’re exposed to an infection). It’s very hard for a disease to spread itself in a population where everyone is walking around with 90% shields, and that makes it easier to control outbreaks.

A Double Whammy: But those efficacy rates never seem to translate to impoverished countries, where you’re not only more likely to encounter such diseases but also much more likely to die from any kind of illness. It’s especially valuable to not get sick in the first place if you’re much more likely to die when you do. But, perversely, the vaccine shield is much less effective in the place where it is most needed.

Take rotavirus: this disease causes severe vomiting, diarrhea, abdominal pain, and dehydration, and it kills over 200,000 people a year (almost exclusively children). Studies show that the rotavirus vaccines are 80-90% effective in high-income countries, but only 40-60% in low-income countries. Not only are you more likely to get sick individually, the virus will have an easier time spreading, and the country will need even more people to be vaccinated to slow an outbreak. That’s already going to be hard to do in poor and remote areas, while a 40% shield is just logically less appealing than a 90% shield.

Why the “Immune Inequality”? Vaccines stimulate the immune system to make antibodies for certain diseases, priming the body to recognize it and fight it off. But if your immune system isn’t running at full capacity—like, for instance, the very old, the very young, chemo patients, people who are already sick, and people with autoimmune diseases or HIV—your body might not respond to the vaccine. There’s a few reasons why people in poor countries might in general have lower immunity, including worse nutrition, parasites, and chronic infections. But until now, there’s been little study of exactly how this happens.

The Experiment: Researchers at the University of Minnesota thought that other common infections in the developing world, like malaria and TB, could be damaging people’s immune systems and therefore reducing vaccine effectiveness. They compared the immune systems of groups of Americans and Ugandans and found that the Ugandans had more inflammation, fewer T cells (the “soldiers of the immune system”), and significant physical damage to their lymph nodes, where vaccine responses are triggered.

Chronic inflammation caused scarring and thickening in their lymph nodes, likely as the result of diseases endemic to central Africa. Researchers gave both groups a vaccine for yellow fever (yeah, that’s still a thing) and found that the Ugandans made much fewer antibodies. Plus, their responsiveness to the vaccine was correlated with the degree of inflammation and lymphatic damage, further suggesting a direct or causal connection.

The Upshot: Like a lot of scientific discoveries, the immediate impact of this finding is hard to predict. Assuming it is replicated with other vaccines and other countries, one thing it suggests is that there’s an even bigger upside for controlling diseases like TB and malaria, because the secondary consequence would be a general improvement in immunity against a bunch of other unrelated diseases. But it could also help guide scientists to create new versions of vaccines that work better in populations with more limited immune responses. 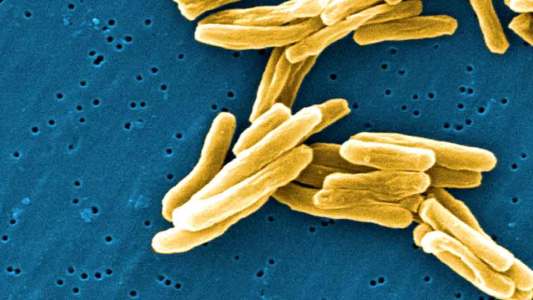 In the fight against TB, sometimes it’s better to just get along.

Public Health
Two billion people have TB. What should we do about it?
By Daniel Bier
Subscribe to Freethink for more great stories
Subscription Center
Sections
Video
Freethink
Subscribe
We focus on solutions: the smartest people, the biggest ideas, and the most ground breaking technology shaping our future.
Subscribe