Cholera is a severe intestinal infection spread through contaminated water, and it can be fatal without treatment. In developed countries, cholera has been eradicated through sanitation and water treatment, but in poor countries, like Yemen, Congo, and Haiti, the disease is common and deadly. Unfortunately, the best treatment (antibiotics and rehydration with IV fluids) can be hard to get in those places, so cholera still kills tens of thousands of people every year.

Remarkably, researchers at MIT have found a solution that could kill three birds with one stone: probiotics that treat, prevent, and diagnose cholera—all in one. It’s a mix of natural and genetically engineered “good bacteria” that will turn red if they detect the cholera germ in the intestines and also produce lactic acid to stop the infection. They can be formulated into a pill or a yogurt-like drink, which could be taken regularly to prevent infections or used as an early-stage treatment.

Cholera Is a Plague: Cholera originated in India several centuries ago, but in the 19th century, it spread worldwide through trade routes in a series of devastating pandemics. In modern times, many countries have eradicated it, thanks to sanitation and chlorination of water supplies. But outbreaks are a constant threat if that infrastructure breaks down.

Cholera was nearly eradicated from the Western Hemisphere, but the devastating 2010 earthquake in Haiti resulted in a massive outbreak that persists to this day. Similarly, the recent civil war in Yemen has triggered a huge epidemic, and perpetual conflicts in the Democratic Republic of Congo have resulted in decades of chronic and widespread cholera.

How It Spreads: Cholera is spread by a bacterium, Vibrio cholerae, that infects the small intestine, resulting in vomiting and diarrhea. The deadliest threat is dehydration, and many cases will require IV fluids if the intestines can’t absorb water. Feces from infected patients can easily spread the disease, and if the pathogen contaminates the groundwater, it can linger for years.

The WHO estimates that cholera infects up to 4 million people a year, killing between 21,000 and 143,000 a year. Experts think that cholera is majorly underreported in poor countries because there are so many causes of diarrhea, and cases are rarely tested in a lab. This often delays a coordinated public health response until a few cases have spiraled into a bigger outbreak.

Good Bacteria vs. Bad Bacteria: Probiotics or “helpful bacteria” have become a popular subject in recent years, thanks to new understanding about how important good bacteria in our gut are to human health. (And Jamie Lee Curtis.)

Engineers at MIT wanted to create a probiotic that could be a “living diagnostic” for cholera, as well as potentially treating or preventing infections. They engineered the bacteria Lactococcus lactis (used in making cheese) to turn red when it detects cholera in the intestines, and that turns out to be visible in stool tests.

At the same time, they realized that the regular types of L. lactis naturally produce lactic acid—the same stuff your muscles make during hard exercise—and lactic acid kills cholera. Taking a probiotic supplement of L. lactis will make your intestines more acidic, which makes them inhospitable to cholera microbes. In mouse trials, researchers found that the probiotic could both prevent cholera infection, if you are already on it, and treat early-stage infections. Combining both the engineered and natural bacteria creates an all-in-one mixture that could help in identifying, preventing, and stopping cholera outbreaks.

The Upshot: Cholera is a terrible illness, and eradicating it requires solid infrastructure, good governance, and a high-quality healthcare system. Those are monumental tasks, and in the meantime, a lot of people are sick or dying. This probiotic offers a potentially inexpensive way for individuals and communities to protect themselves in places where they can’t count on their institutions.

The researchers think this will be a solid proof of concept for using probiotics to deal with other infectious diseases, and ultimately, it could help alleviate the overuse of antibiotics throughout the world. 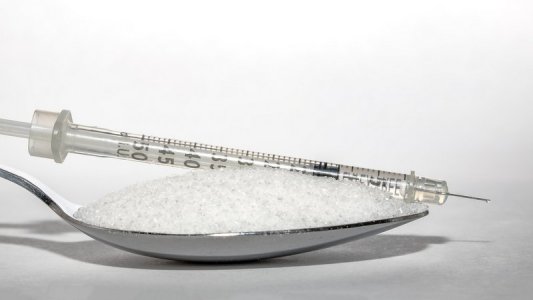 A pill instead of a needle would be the “holy grail” for diabetes treatment.

Medicine
Insulin pills could change everything for diabetics
By Daniel Bier
Subscribe to Freethink for more great stories
Subscription Center
Sections
Video
Freethink
Subscribe
We focus on solutions: the smartest people, the biggest ideas, and the most ground breaking technology shaping our future.
Subscribe