The Zika virus was long thought to be a minor disease, especially compared to other infections spread by mosquitoes, like dengue and malaria. But during a global outbreak of Zika in 2016, scientists discovered that the virus can cause severe brain damage to fetuses, leading to stunted brain development.

Now, in an ironic twist, cancer researchers are hoping to enlist that devastating power against brain tumors, particularly those afflicting young children. Multiple studies have now shown that Zika loves cancerous nerve cells, and it will naturally target them, shrinking and even totally destroying tumors.

The research so far has used cancer cells grown in the lab and human tumors grown in mice, but researchers are now investigating how to safely use the virus in humans.

Until around 2016, Zika was considered so minor that it wasn’t even tracked in any systematic way. The infection usually has no symptoms, or at worst a mild fever and rash, and the immune system rapidly clears it from the body.

But during a Zika outbreak that spread east across the Pacific Ocean, public health officials started noticing clusters of Guillain-Barre syndrome and children born with abnormally small heads (a condition known as microcephaly), often to women who had contracted Zika during pregnancy.

When Zika reached South America, mosquitoes spread the virus with frightening speed, resulting in thousands of birth defects. Mosquitoes and travelers carried it north to the Caribbean, Mexico, and eventually the United States.

According to the CDC, since 2015, at least 300 pregnancies in the US and Puerto Rico have resulted in Zika-associated birth defects and miscarriages (fortunately, there have been no locally-acquired infections in the mainland US so far in 2018).

What Do Babies and Brain Tumors Have in Common?

Scientists think they’ve figured out why this otherwise minor infection is so devastating to fetal brains. Fetuses don’t have their own immune system yet, so they’re already somewhat vulnerable. But more important is the type of cell that Zika attacks in their brains: embryonic cells called neuroblasts.

Neuroblasts are a type of nerve cell that still has the ability to grow, divide, and differentiate itself, unlike mature neurons. They are vital for early brain development, and fetal brains are packed with them. Zika targets and destroys these cells, slowing or halting brain growth in fetuses.

That is devastating for infants, but more mature brains have fewer embryonic cells and a stronger immune system. After birth, the risk of microcephaly from Zika rapidly declines, until the infection is no more than a minor nuisance.

Dr. Alexander and his colleagues decided to test this theory in the lab. Using a number of different strains of cancer cells, in a paper published in July in PLOS One, they showed that showed that Zika virus rapidly invades and destroys neuroblastoma cells. The only exception was a cancer strain that previously developed resistance to treatment.

The virus will act like a smart missile and go right for them.

Lead author Joseph Mazar told STAT News he thinks that Zika could be used to “mop up” stray cancer cells that might be left behind by surgery, which can seed reoccurrence after tumors are extracted.

“We may not be able to see them, but the virus will act like a smart missile and go right for them,” he said, “whereas all the surrounding tissue that is normal will be ignored.”

Earlier this year, a paper published in Cancer Research by group of researchers in Brazil—ironically, the country hardest hit by the 2016 Zika pandemic—showed that Zika could shrink and even destroy tumors in living animals.

The team transplanted two types of human brain tumors (a medulloblastoma and a rare, aggressive childhood cancer called AT/RT) into the brains of lab mice and waited for the tumors to grow and spread to the spinal cord.

They then injected them with small doses of Zika virus, which attacked and shrank both kinds of tumors. Mice with AT/RT survived an average of 80 days when treated with Zika, compared to just 30 days for the control group. Some mice saw all of their tumors completely obliterated.

The debate now is how exactly doctors could deploy the virus—and how to ethically conduct human trials. Scientists got these remarkable results using ordinary, wild, unaltered Zika virus—and Zika infections are generally very low-risk, outside of pregnant women and fetuses.

Dr. Mayana Zatz, lead researcher for the Brazilian study, noted that during the pandemic, “Some 80% of the people infected have never displayed symptoms. Most of the other 20% have displayed mild symptoms far less aggressive than … the adverse effects of chemotherapy.”

Similarly, Joseph Mazar, lead author on the neuroblastoma study, noted Zika’s mild effects and “wondered if Zika … could be used without modifications — in scientific terms, in its wild-type form.”

There’s no way the FDA will allow (it) … It will not happen.

Other researchers believe that, however safe Zika infections may be, the government would never approve such a therapy. Dr. Jeremy Rich, who worked on the glioblastoma study, told STAT News: “There’s no way the FDA will allow them or us or anyone else to use wild-type virus at this point. It will not happen.”

Rich is working on genetically modifying the virus to increase its effectiveness and safety and hoping that that work will be enough to persuade regulators.

Either way, it’s an exciting time for cancer research, and hopefully this disastrous epidemic can be turned into a weapon against one of our nastiest diseases. 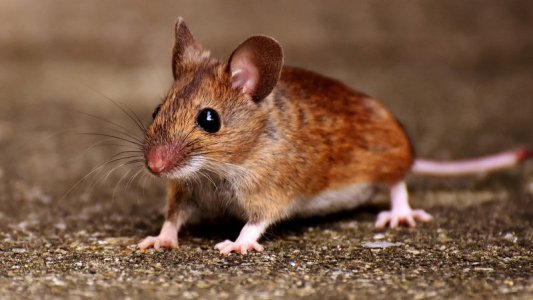 One small step for a mouse, perhaps one giant leap for treating spinal injuries.