On Monday October 4, 2021, the Royal Swedish Academy of Sciences in Stockholm announced the winners for the Nobel Prize in Physiology or Medicine. The prize was awarded jointly to David Julius, a physiologist, and Ardem Patapoutian, a molecular biologist and neuroscientist. The men were honored for their research into human sensory perception; each had, independently of the other, discovered mechanisms through which human bodies respond to touch and temperature.

The importance of the five senses cannot be understated. They are mediums through which we experience and understand the world around us, transforming external stimuli into electrical signals that our brain translate into the sensations of sight, sound, smell, touch and taste. How exactly this transformation works out on a molecular level, however, was long unclear and still remains one of the most elusive questions in modern science.

Pain and pressure receptors are embedded in the nervous system and can be found throughout our entire body, making them incredibly difficult to study

As such, the Academy rarely fails to spotlight researchers who contribute to solving this enduring mystery. Georg von Békésy, who won the Nobel Prize in 1961, figured out how our eardrums convert pressure waves into vibrations. Just six years later, the same award was given to Ragnar Granit, Halden Keffer Hartline and George Wald for their “discoveries concerning the physiological and chemical visual processes in the eye.”

The research of Dr. Julius and Dr. Patapoutian both builds on and goes beyond the work of their predecessors. Compared to other senses – the mechanics of which are tied to specific organs – pain and pressure receptors are embedded in the nervous system and can be found throughout our entire body, making them incredibly difficult to study. “It’s been the last main sensory system to fall to molecular analysis,” Dr. Julius, trying to rationalize his receiving the prize, told the press on Monday.

Dr. Julius was born in 1955 in Brighton Beach, Brooklyn to parents of Ashkenazi Jewish descent. He decided to become a researcher at a young age, earning a bachelor’s degree from MIT followed by a doctorate from the University of California, Berkely. He finished his education with a post-doctoral training program at Columbia University, where studies concerning serotonin and LSD fostered an interest in how the human body processes and responds to the outside world.

Dr. Julius, who currently serves as the chair of the Department of Physiology at the University of California in San Francisco, made his award-winning discovery as early as 1997. During that year, his team of researchers compiled a library of neural pathways that are activated by capsaicin, a compound that gives spicy foods like peppers their burning sensation when consumed. Along the way, Dr. Julius discovered TRPV1, the ion channel that acts as our primary capsaicin receptor.

In order to truly appreciate Dr. Julius’ discovery, a bit of context may be in order. Unless you build up tolerance, eating spicy foods is painful. Peppers and wasabi give off a strange sensation that your mouth is on fire, and for the longest time researchers simply couldn’t figure out why this was the case. Failing to pinpoint any immediate benefits of this response, they speculated it must be the remnant of some distant evolutionary adaptation.

Dr. Julius answered this question by showing us what TRPV1 is responsible for: keeping our bodies safe from high temperatures. The channel responds not only to capsaicin, but also to temperatures that are greater than 110 degrees Fahrenheit. TRPV1 also acts up when we are injured or sunburned, causing damaged tissue to feel hot to the touch. In all cases, the channel transmits a signal that our brains turn into the sensation of heat.

The human body is an infinitely complex ecosystem. The end goal of molecular analysis is to find out how this ecosystem functions by assessing the purpose of each individual gene and the proteins for which it codes. Given that humans are believed to have between 20,000 and 25,000 of these, it’s no small task. There are many ways of doing this, and each researcher takes their own approach.

Where Dr. Julius assembled an entire genetic library, Dr. Patapoutian worked through trial and error. Isolating cells in a petri dish and poking them with a microscopic pipette, he and his fellow researchers inactivated one gene after the other. Once the cells stopped responding to this interference, they knew they had found the channel responsible for sensing and reacting to touch.

Dr. Patapoutian — who was born in Beirut and currently works at the nonprofit biomedical research facility Scripps Research — named these channels Piezo1 and Piezo2, after the Greek word for pressure, which, it turns out, is all touch really is. Having finally identified these previously unknown channels, Dr. Patapoutian paved the way for subsequent studies. In recent years, other researchers have shown that these channels also regulate other physiological processes, like letting us know our bladder is full.

“Machanosensation is how cells talk to each other by force,” Dr. Patapoutian explained in a press release published on the Scripps website. “We didn’t know the importance of pressure sensors to the body until we first found them (…) We talk about a key that unlocks a door that opens to a room. These receptors are the key to the door of understanding biology and disease.”

Nobel Prize-winning researchers should be judged not only by the contents of their studies, but also by the potential those studies hold for future research. Like the winners before them, Dr. Julius and Dr. Patapoutian paved the way for numerous studies. Once Dr. Julius had identified one of the channels that causes us to feel pain in the form of burning temperatures, pharmaceutical companies tried to develop a new generation of non-opioid painkilling drugs that worked by blocking these channels.

These efforts were, unfortunately, unsuccessful. TRPV1, it turns out, also plays a key role in regulating our body temperatures during fevers. Blocking these channels could not only prove harmful, but also cause other channels in our nervous system to activate and overcompensate. Additionally, pain, as Dr. Julius found, serves a purpose: making us aware of external threats. Consequently, nullifying pain would rob us of one of our senses, rendering us partially blind to the world around us.

Because these pharmaceutical companies were unable to turn Dr. Julius’ findings into tangible results, it’s tempting to conclude that his research is not as important as the Nobel Committee would like us to believe. But while the committee has made some controversial choices in the past, especially in the categories of peace and literature, its picks in science tend to be a bit sounder. Breakthroughs don’t take place in a day, after all. Instead, our scientific understanding advances step by step, with today’s achievements leaning heavily on the discoveries of yesterday’s researchers. 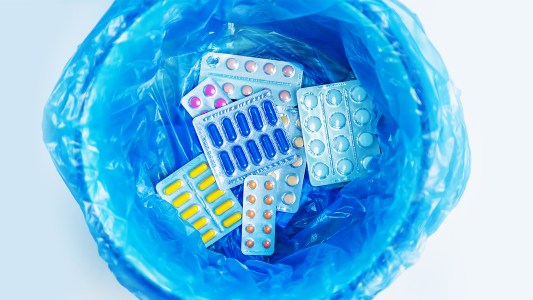 A psychological treatment for chronic back pain left two-thirds of study participants with little-to-no pain after just one month.

Psychology
Therapy can relieve chronic back pain by rewiring the brain
Subscribe to Freethink for more great stories
Subscription Center
Sections
Video
Freethink
Subscribe
We focus on solutions: the smartest people, the biggest ideas, and the most ground breaking technology shaping our future.
Subscribe