For many years, scientists believed that bigger brains (or more specifically, a bigger hippocampus) were associated with higher aptitude and that smaller brains were then necessarily a sign of lower aptitude, or even of cognitive decline when caused by a neurological disease like Alzheimer’s. And even though some studies suggested that there might not be such a simple relationship, scientists were uncertain of what an alternative model might be. Until now.

A study published in the journal Cerebral Cortex in December 2019 has, for the first time, demonstrated that it’s not necessarily the size of the hippocampus that matters but rather how well it’s connected to the brain’s internal circuitry, through intact limbic white matter. In other words, the study suggests that cognitive decline could stem from a poor circuitry connection rather than a smaller hippocampus alone.

The Puzzle Pieces of Memory

The hippocampus is a small, seahorse-like piece of the brain, buried deep within the temporal lobe — the epicenter of all things learning and memory. Yet, despite its important role, the hippocampus’s malleable and vulnerable exterior leaves it exposed to damage, including neurological and psychiatric disorders. In particular, the hippocampus has been observed to shrink in the brains of patients suffering from Alzheimer’s.

Limbic white matter, on the other hand, is a little more difficult to point to directly. While a C-shaped bundle of nerves (called the fornix) is primarily responsible for transmitting signals to and from the hippocampus, the limbic system as a whole is a complex microstructure, which manages emotions, memories, and our senses.

To study how these two pieces of the brain work together to affect memory and cognition, the team of researchers at Michigan State University looked at the brain scans of 337 older adults, roughly two-thirds male and one-third female, with an average age of 69-years-old.

To determine their level of working memory, the subjects completed five sessions of memory recall tests, during which they were read the same list of 15 nouns and asked to write down as many as they could remember after each round.

Gray Areas and Next Steps

While the study authors consider these results an “encouraging” step toward better understanding the brain’s mysteries, they also write in the paper that they are far from foolproof. For example, the current study relied on limited timeframe and curated participant group (i.e. unimpaired and of similar ages). To address these lingering questions going forward the team suggests conducting a study over a longer period of time with a more diverse group of participants to see how these relationships change over time. 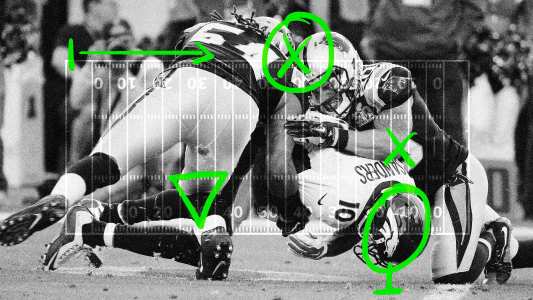 Long-term health risks threaten to derail America’s favorite sport, but one coach may have found an innovative solution to save the game – a robotic tackling dummy.

Series|The Edge
This coach cut football concussions in half
6:05
Subscribe to Freethink for more great stories
Subscription Center
Sections
Video
Freethink
Subscribe
We focus on solutions: the smartest people, the biggest ideas, and the most ground breaking technology shaping our future.
Subscribe