This coach cut football concussions in half

The robotic tackling dummy that’s changing football for the better.
Watch on YouTube
Up Next
Now Playing
Drone racers are a thing and they’re amazing
5:29 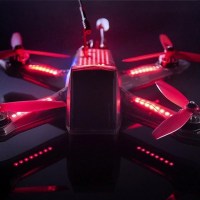 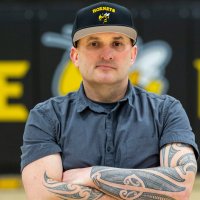 Now Playing
Using neuroscience to talk to people in a vegetative state
4:55 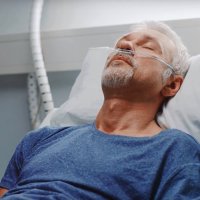 Football is at a crossroads. Long-term health risks threaten to derail America’s favorite sport, but one coach may have found an innovative solution to save the game — a robotic tackling dummy.

Tackling dummies have been around since the early days of the game. But Dartmouth’s head football coach, Buddy Teevens, has revolutionized the tackle dummy of bygone days, making it a more effective and safe practice tool.

With robotic tackling dummies, Coach Teevens hopes to inspire safer practices across all levels of the sport, while revitalizing the nation’s love of the game.

Football Participation Declines for the First Time in 30 Years

For the first time since the late 1980s, participation in high school sports has declined. It’s all due to rapidly declining interest in football, according to a participation survey from the National Federation of High School Associations.

During the 2018-2019 school year, participation in high school football dropped by 3%, bringing the total number of nation-wide participants to just over a million. Although smartphones and video games may account for some lack of interest, one serious side effect of the game seems to loom large in parents’ minds, namely, brain injuries such as concussions.

Concussions damage the brain‘s delicate structures and cells, which leads to alterations in both the chemicals and physical structures inside the brain. These changes affect the way the brain functions, resulting in painful short-term effects and serious, long-term health complications.

Concussions can cause epilepsy, and they also increase the risk of brain disorders like depression, Parkinson’s disease,  Alzheimer’s disease, and chronic traumatic encephalopathy – a degenerative brain disease found in individuals who have had multiple brain injuries.

In addition to tracking yards and passes, the NFL formed the mild traumatic brain injury committee to keep monitor the number of concussions. Other organizations like the CDC do the same.

Concussions are common in football, and they occur most frequently when a player is tackled by an opponent. For the past several years in the NFL, there have been well over 200 diagnosed concussions per season. And in a single season, it’s estimated that 10% of college athletes and 20% of high school athletes sustain brain injuries while playing football.

Most brain damage in football isn’t usually suffered after one devastating in-game blow, but rather from repeated knocks – the onslaught of subconcussive hits suffered again and again during practices.

A study of 152 NFL players between the years 2002 and 2007 demonstrated that repeat concussions in athletes are also likely. More research from the NCAA looked at 184 players and found that those who had already suffered a concussion were more likely to suffer a repeat brain injury.

These alarming stats show that if football is to survive, we must change the way the game is practiced and played in order to limit the kinds of injuries that lead to critical, long-term health issues. This is exactly what Coach Teevens has set out to do.

An Innovative Tackle Dummy Could Save American Football

Coach Teevens had a goal to make football practices safer for his players, but the traditional tackle dummies weren’t cutting it. The players needed something that would simulate a real opponent, but prevent injuries at the same time.

So Coach Teevens approached John Currier, a colleague working in Dartmouth’s engineering department, to see if he couldn’t help solve the problem. Together, they dreamed up a robotic tackling dummy for football that could move about the field with the same speed of a real player.

Enter the Mobile Virtual Player, or MVP for short, designed to increase practice safety and efficiency. The MVP weighs 160 pounds, turns on a zero radius for maximum agility, and can “sprint” down the field at an impressive 16 miles per hour. It’s also programmed to turn off automatically when tackled, to further increase safety.

As odd as eliminating live tackling from practices may seem, the MVP is working. Dartmouth football players can’t look the MVP tackling dummy in the eyes, but they can still practice tackling just as effectively without the risk of injuries on the field.

At first, incoming players at Dartmouth are skeptical of the tackling dummy. But with inspiration from Coach Teevens and the improved health of the team, Dartmouth is making it work.

The team’s overall injury rate dropped 80% in the first year with the MVP tackling dummy in use. By year two, the concussion rate had plummeted 58%. How did the Big Green’s football fare? Just fine.

Missed tackles were cut in half, and since 2014, Dartmouth has the best Ivy League winning record, having won 76% of its games. Then they took the 2019 Conference Championship — all hard-and-fast proof that the elimination of live tackling in practice did not result in poor performance or losses.

By the second year, the concussion rate had plummeted 58% and missed tackles were cut in half.

Dartmouth’s success has the rest of the football world intrigued, and Coach Teevens hopes MVP will help other teams incorporate his player-first approach that eliminates tackling from practice.

So far, powerhouses Notre Dame and Texas have also incorporated MVP into their own practices, and some NFL teams have taken notice, including the Dallas Cowboys and the Pittsburgh Steelers.

“I love the sport of football. I love my players more,” says Coach Teevens. Which is why he’s always looking for the next revolution in the game and keeping a constant focus on player safety.

Coach Teevens isn’t just learning how to prevent concussions in football, he’s also hoping research will help him find better ways of detecting concussions, preventing whiplash, and increasing the effectiveness of helmets with a special covering to reduce shock.

“Football in the future may not be what it used to be,” says Coach Teevens. “I think it can be even better.”