The way we fund science is broken.

From worries about gender bias and racial discrimination in funding decisions to concerns about the increasing influence of mega-donors, there is no shortage of criticisms about the way America funds scientific research.

Even more troubling is the fact that modern science just isn’t producing the way it used to. Returns on research and development in medicine have been plummeting for decades, while costs to develop new drugs have skyrocketed.

It’s not just medicine, either: productivity growth across the US economy has been slow or stagnant for decades. The economy is less dynamic than it used to be, and more people are pointing the finger at stagnant science.

The good news is that several innovative models have come along with the potential to shake up how science funding is done. The proposals run the gamut from reforming the existing system to totally new ways of funding research, including:

The Rat-Race for Science Funding

One of the biggest problems with science today is that we have more and more researchers chasing after funding. This means that relatively fewer proposals get funded, and competition gets intense — but not in a productive way. Instead, even as more and more proposals end up in the trash, more and more effort is poured into writing them to try to make them stand out.

This has sparked a race to the bottom in the quality of scientific writing, as scientists try to impress funders with more complex and grandiose proposals. Evidence from the National Science Foundation shows that proposals get more money if they use more words, weirder terminology, and express more confidence (whether that confidence is justified or not).

The upshot is that grants increasingly go to older scientists who are more established in their careers. In 1980, the National Institutes of Health (NIH) funded twice as many researchers under 40 as those over 50. Now, five times as many grants go to those over 50.

Some of this is the result of America’s aging scientific workforce, which is getting older like the rest of the country (helped along by the abolition of universities’ mandatory retirement age). But you can’t disentangle cause and effect: if money is increasingly flowing to older researchers, there’s more incentive to delay retirement.

In 1980, the NIH funded 77 times as many scientists under 40 as those over 65. By 2015, the two groups were tied. At the same time that ranks of older scientists have grown, the absolute number of younger researchers being funded by NIH has actually declined, falling by nearly a third since its peak in the 1980s.

Even more important, the age when scientists first get a grant is also growing older. Most scientists are now well into their 40s before they get to direct their own major projects, which is both a cause and effect of the pressure to get more degrees, training, and credentials in order to compete for funding.

An Epidemic of “Group Projects”

Of course, it’s not like older scientists are just hoarding this money. Many principal investigators (PIs) are running big research centers and labs with lots of junior staff, so funding does filter down to younger scientists. But this workforce isn’t in control of their own funding or research priorities, and so they’re not free to go off on their own (figuratively or literally).

This clustering of science funding and researchers, combined with the pressure for longer-resumes of published work, has contributed to an explosion of co-authorship across every field of research. From 1981 to 2012, according to ScienceWatch, the average number of authors per scientific paper more than doubled, while the share of single-author papers fell from about 33% to just over 10%.

This has happened across all scientific disciplines, but it has been especially pronounced in particle physics. The average number of authors for nuclear physics papers went from under five in 1980 to a ridiculous 55 co-authors in 2016 (with some mega-project studies now listing over a thousand authors).

But other sciences are not immune from the trend. The number of co-authors per paper has spiked in nearly every scientific field.

While collaboration is often a good thing, this explosion of group projects could be undermining the independent thinking that leads to true innovation. Evidence shows that smaller teams produce more innovative research in every area of science.

Summarizing a recent study published in Nature that analyzed “65 million scientific papers, patents, and software projects from the past six decades,” the Atlantic’s Ed Yong explained:

Small teams are far more likely to introduce fresh, disruptive ideas that take science and technology in radically new directions. … Even when the same people move from small teams to larger ones, he says, they end up doing less disruptive and more incremental science.

Big teams have their place in expanding and developing existing lines of research, but smaller teams are better at thinking differently and taking science in new directions.

Unfortunately, the way we fund science may be pushing scientists to do more conservative, predictable research that is less innovative, but more likely to be published (and therefore more likely to satisfy funders).

These factors have all combined to delay the start of scientists’ original, self-directed research by decades. This has had major consequences for scientific innovation and productivity.

In 2010, the economist Benjamin F. Jones analyzed the ages when Nobel Prize winners and other great inventors made their groundbreaking contributions. He found that the average age of these elite contributors has risen by about 7-8 years since 1900.

This was not because older scientists have gotten more productive, or even because the scientific workforce is aging, but because great inventors and scientists are starting their careers much later than they used to. According to Jones, “The great minds of the twentieth century typically became research active at age 23 at the start of the twentieth century, but only at age 31 at the end.”

In other words, great innovators are waiting longer to start producing original research, but they don’t seem to be any more productive than they were before, despite the additional years of training and education.

Worse, lopping off most of a decade from the start of their careers has reduced their entire lifetime potential for great innovations: “The peak ability to produce great achievements in knowledge came around age 30 in 1900 but shifted to nearly age 40 by the end of the century. …Other things equal, lifetime innovation potential has declined.”

Jones concludes, “Innovators are the engines of technological change and, other things equal, the less time an innovator spends innovating, the less her lifetime output. The estimates point to a 30% decline in life cycle innovation potential over the twentieth century.”

He acknowledges that these are “striking results,” but we can’t afford to ignore them when there are so many lines of evidence suggesting that we are getting less innovative bang for our scientific buck.

None of this is a huge revelation to working scientists or researchers who study science. Most of these problems have been known for decades, but despite some efforts to help out scientists earlier in their careers, it hasn’t led to any revolutionary changes in the model or any major changes in the results.

Radical reforms to the existing system have been proposed, such as the idea of awarding grants by lottery. The argument is that funders actually aren’t very good at predicting what ideas will pan out, and if your proposal meets some minimum qualifications, it has good a chance as any other to be successful. Picking proposals randomly would end the rat-race of the grant system, eliminate potential sources of bias, reduce favoritism for established investigators, and free up a ton of researchers’ time to do real science again.

There are also other models waiting to be tried — and people who want to give them a shot.

Patrick Collison, founder of the $22 billion tech startup Stripe, points to the model of the Howard Hughes Medical Institute (HHMI) as a case study of how even small disruptions in the system can have big positive results:

They fund science somewhat differently than NIH. They give longer grants, they give grants to people, rather than for kind of a specific work and project, and so on. This paper from Pierre Azoulay looked at two populations that, by most observable characteristics seem pretty similar, and you look at those who received HHMI funding and those who did not. Azoulay concluded that HHMI grant recipients were 98% more likely to produce work that is in the top 1% by citations.

Similar experiments have been successful in other areas of science. In the 1980s, a program called the “Venture Research Unit” (VRU) funded 30 scientists and small teams who “would struggle to obtain funding through traditional means.” According to a later article published by the RAND Corporation:

The guiding principle was to be different from conventional funders. … The initiative had no priority subject areas, did not consider wider impacts of the work it funded, minimised the role of proposal peer review, accepted initial proposals of no more than one page and placed minimal restrictions on how funds could be used.

The physicist Donald Braben, who ran the VRU experiment, continues to fight for this kind of model for research: “Of the 26 groups that were running at the initiative’s close in 1990, perhaps 14 made transformative discoveries: that is, they did radically change the way we think,” Braben says, “and several succeeded in achieving important scientific objectives that their peers had thought were impossible or irrelevant.”

Backed by the billionaire venture capitalist Peter Thiel, the Mercatus Center, a think tank at George Mason University in Virginia, hopes to emulate that sort of success with an “incubator fellowship and grant program for social entrepreneurs” called Emergent Ventures. Their goal is to fund low-probability but potentially transformative ideas (“moonshots”) that wouldn’t otherwise get a chance.

Another intriguing idea is a group called Lyrical Science, which aims to help researchers circumvent the grant bureaucracy with a “Patreon for science” model. The group helps scientists pitch their research to donors and the public, with a subscription model that lets them build a stable, diversified, long-term base of funding. Unlike most crowdfunding platforms, they want to provide support to researchers about how to market their ideas to potential investors which can serve as an ongoing, sustaining source of research income.

This not only allows scientists to spend more time innovating and less time worrying about cobbling together grants, but also gives donors a way to directly support research that matters to them and to really understand the difference they’re making.

Ultimately, there’s not going to be one way to solve all the problems with scientific funding. But mixing it up could have huge dividends, not just for scientists but for all of us. 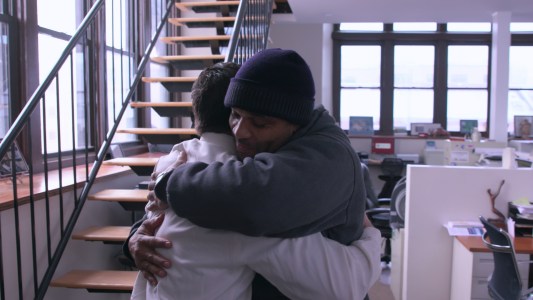 Over 600,000 people will leave prison this year; here’s how we can help them never return.