The United States has more people in prison than another country in the world—over 1.4 million at the end of 2016—and almost all of them will face major challenges trying to reenter society after they’re released.

Finding a job, finding a home, staying away from bad influences, putting your life and family back together—it’s all made more difficult by social stigma, laws barring felons from certain professions, and years-long gaps in your work experience.

For people whose lives were already on a difficult road, prospects after prison often seem worse than they did before. It’s no surprise that recidivism—the tendency of people released from prison to keep going back—is such a huge issue for the criminal justice system. According to the Department of Justice, as many as half of people released from prison in any given year will end up back inside within three years; among first-time offenders, about one third will reoffend within 3-5 years.

A Way Out—and Up

These numbers seem bleak. But there is a way to make time in prison count for more than mere punishment, and it’s the same factor that makes people less likely to end up there in the first place: education. Over 60% of people in prison have less than an eigth-grade education, which is both a challenge and an opportunity to help inmates learn the basic skills they need to succeed the outside.

A widely cited paper by the RAND Corporation, analyzing all the research on prison education and recidivism, found that “inmates who participated in correctional education programs had 43 percent lower odds of recidivating than inmates who did not.” It also found that student inmates were 8-26% more likely to be employed after release, depending on the program.

While these results look very promising, the RAND paper also argued that “a number of methodological weaknesses” in the data make it difficult to reverse engineer good programs: “Thus, a number of questions of interest to educators and policymakers remain that the current literature does not permit us to answer, such as understanding what is inside the “black box” in terms of what program elements, for example, are associated with effective programs.”

Yet, whatever makes them tick, some of these programs are having extraordinary success. Alumni of Hudson Link, a nonprofit that offers college education inside New York prisons, have just a 2% recidivism rate, compared to 43% for the state and nearly 50% for the national average.

Sean Pica, the group’s executive director, first got involved with prison education when he was serving time in New York’s infamous Sing Sing penitentiary. As a teenager facing a 24-year sentence for manslaughter, Pica went through years of disciplinary problems, spells in solitary confinement, and multiple transfers from one facility to another.

“At that point in my life, as a teenager, I thought I had no value at all,” he recalls. The gravity of what he had done—and the isolation that came from it—weighed heavily on him. “While I was just sitting there thinking about how I had failed everybody, one of the (corrections) officers came to my cell, and he just said to me, ‘Is there any chance I could get you to help me to work with some of the other men?’”

At first, he didn’t really believe it, but as other prisoners sought out his help, Sean started to see that he had something to offer the people around him. As someone who had gone to high school, he was actually one of the most educated people in his block—and so, he began reading to other inmates, gradually teaching them how to read and write.

While inside, Hudson Link would help Sean himself, allowing him to earn both his GED and a bachelor’s degree from Nyack College. Eventually, he would take over running the program that had helped him. As someone who spent over 16 years locked up, Pica knows firsthand how often guys who get released end up back inside just a few months later—and what a huge role education can play in breaking that cycle.

“In the very beginning as we were starting this program 20 years ago, I really did envision it as helping one person, one degree at a time,” Sean recalls. “But now as we’re entering our 20th anniversary, I have seen the rippling effect of that one degree as it goes into their families, their children, their neighbors, their community. We are truly helping the community through this one person and this one degree.”

From those humble beginnings, Hudson Link has steadily grown from an inaugural class of sixteen men in 1998 to over 600 students in five different institutions today. The group also provides professional advice and support for the over 850 alumni who have been able to return to their lives and families.

So far, few have returned to prison, and hopefully, few ever will.

Past and Present Challenges

College programs in prisons used to be way more common than they are now. In the early 1990s, there were over 300 prison education programs with over 23,000 students. However, in 1994, Congress banned prisoners from receiving Pell grants for higher education, arguing that the money should go to kids who hadn’t committed crimes, rather than those who had. Almost all of the programs collapsed, and only a few managed to hang on with private funding.

More recently, states and the federal government have begun to reconsider their policies on prison education. In 2015, the Obama administration began a small pilot program to supply Pell grants to a few thousand inmates again, and both Republicans and Democrats in the Senate have signaled support for reopening Pell grants to some inmates.

Unfortunately, it’s not clear what we should expect from more Pell grants, how they should be structured, or which of the many different academic or vocational programs deserve priority. It’s clearly cheaper to fund education that keeps people out of prison than it is to lock them up, but we still don’t have high-quality evidence about how to do that on a large scale. The Pell program begun in 2015 did not even include any funding to study its implementation, according to the Marshall Project, so we won’t necessarily know if it’s working.

As the RAND study noted, it’s just really hard to reverse engineer recidivism success stories we have and harder still to replicate them on a large scale. What is it about programs like Hudson Link that work so well? Is it the people? Is it the empathic connection of being run by former prisoners? Is it a sense of community support after prison? Or is it something that we can’t really quantify?

Success could also depend on the prisoners themselves. RAND estimates that students of various programs were 43% less likely return to prison than others, but it’s possible that the types of inmates enroll in those programs are already different from those who don’t. Until we can control for that, it’s hard for reformers to know where to focus their efforts.

But while the scale of the challenge is huge—with about 600,000 people both entering and leaving prisons each year—the solutions, for now, have to be small. We can’t wait for massive structural reforms to come from Washington, so our best bet is to support lots of little experiments all across the country, like those of Hudson Link or Bard College’s Prison Initiative, and to try to study and scale up the ones that succeed.

Biology
When remains are found in a suitcase, forensics can learn a lot from the insects trapped within
The investigation of human remains in a suitcase can often represent a Pandora’s box, full of complicated problems.
Up Next 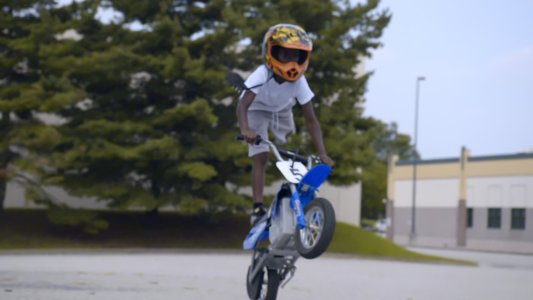