Saturn is nearly 1 billion miles away from Earth, and it currently takes NASA about 7 years to reach the Ringed Planet. However, with the right kind of propulsion system that commute could be cut to merely a couple of years.

Earlier this fall, an international team of scientists released a paper describing how a specific propulsion system — known as a direct fusion drive (DFD) — could drastically expedite travel between Saturn and Earth. Scientists currently have their eyes set on Titan, Saturn’s moon, because it has surface liquids — which means it could potentially harbor life. Titan also has the potential to be a refueling station for future spacecraft to explore deep space.

A New Kind of Rocket

A DFD is a rocket-powered by low radioactivity nuclear fusion. This fusion would be the energy source for everything the craft needs — both in terms of propulsion and function (i.e., life support, communications, research). For example, “a fusion-equipped Pluto orbiter could beam down power to a lander on the dwarf planet’s surface and also send high-definition video back to Earth,” according to Space.com.

DFDs are still theoretical, but there’s considerable work underway to make them a reality — this work is led by the Princeton Plasma Physics Laboratory, which is currently testing the second iteration of the fusion system.

DFDs would have huge implications for space exploration, far beyond Saturn. Fusion-powered propulsion would make more frequent trips deeper into space a whole lot more affordable, both in terms of time and money.

The current DFD design is about the size of a minivan but can propel a whopping 11 tons. The interior houses hot plasma (made from the helium isotope, helium-3, and deuterium, a hydrogen isotope). The atoms of these isotopes fuse together, generating a ton of power. Like many other fusion reactors, the plasma in the engine is confined by very powerful magnets.

When we’re finally vacationing on the Red Planet, it could be a fusion-powered spacecraft that takes us there.

The plasma heats up a propellant, located outside the confined plasma regions. This propellant is then pushed out of a nozzle at the back of the rocket, creating a thrust that propels the rocket forward. This translates into 1 to 10 megawatts of power (one megawatt is equivalent to the horsepower in about five Ford F-150 trucks).

The DFD is being studied in two modes: one where it thrusts continuously and one where it only thrusts to get up to speed at the beginning. The first mode will mean faster flights since it will be speeding up the whole time, but the second mode may be more efficient.

Popular Mechanics’ Caroline Delbert describes the hybrid mode as a Toyota Prius. In Prius mode, the trip to Saturn will take an extra six months compared to flooring it the whole way.

Nuclear fusion is infamous for being difficult to make it feasible. The old joke is that fusion is the energy of the future…and always will be. Even though we have had fusion reactors for decades, we don’t use them for electricity on Earth because they require more energy to run than they put out. But Stephanie Thomas, vice president of Princeton Satellite Systems, told Space.com last year that the DFD has a very real chance of being successful.

“DFD is different from other fusion-reactor concepts,” she said, pointing to the engine’s small size, clean operation, low radiation, and a unique plasma-heating method.

Just how soon could we see this success? According to Thomas, an actual fusion-propelled mission could come as early as 2028. 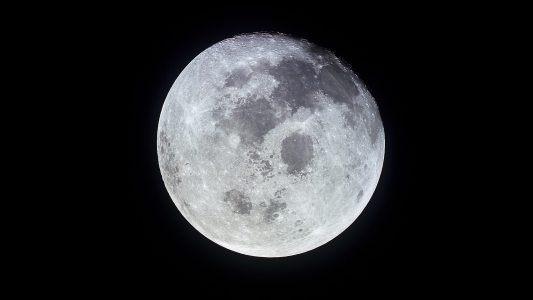 A study confirmed the existence of water on the moon the same day another provided evidence that the lunar surface could be rife with water reserves.

Aerospace
NASA confirms existence of water on the moon
By Kristin Houser
Subscribe to Freethink for more great stories
Subscription Center
Sections
Video
Freethink
Subscribe
We focus on solutions: the smartest people, the biggest ideas, and the most ground breaking technology shaping our future.
Subscribe