Gene drives are powerful tools: they allow scientists to hack how animals pass down genes to their offspring. They could allow us to wipe out malaria-carrying mosquitoes, preserve endangered species, or fight off crop-eating pests.

But once it’s out in the wild, a gene drive can’t be stopped from spreading — and that makes people nervous. If there are unintended consequences, we want to be able to pull the brakes.

Now, UC San Diego researchers have developed a new genetic system that would let scientists halt or neutralize gene drives, even after they are released into the wild. The implications could be huge.

Gene drives use the familiar gene-editing tool CRISPR to alter an animal’s gene. With a gene “drive,” the modified gene will get passed on to all of the animal’s children (instead of half), and all of their children, and so on.

Pretty soon, the gene spreads through the entire population. We could use this to make whole species of mosquitoes resistant to malaria, stopping the infection from spreading.

But what keeps scientists up at night are the potential unknown consequences of releasing gene drives into the wild — the change could affect entire ecosystems. Could a gene drive stop one virus, like Zika, only to hasten the spread of another? And what are all the environmental effects of modifying — or eliminating — an entire species?

Even if it’s unlikely that we’ll regret killing off malaria mosquitoes, having a contingency plan to stop gene drive once it’s released into the wild could alleviate some of the risks and uncertainty.

Animals that reproduce sexually have two copies of each gene — one from each parent. When they procreate, their offspring have a 50/50 chance of inheriting either the gene from grandmom or granddad. So, while scientists can use CRISPR to modify an animal’s genes, only half their offspring will get it, and only half of their children’s children, and so on — until it dies out or becomes a tiny share of the population.

That’s where the beauty of the gene drive comes in: instead of just inserting a modified gene, a gene drive also inserts the CRISPR instructions for inserting that gene! Once the drive is inserted into the animal’s DNA, CRISPR cuts out both original copies of the gene and pastes in the modified sequence. Now, the individual has two copies of the modified gene, which ensures that it will get passed on to all of their children — as well as the CRISPR tool that makes sure all of their offspring automatically pass it on, too.

“One way to mitigate the perceived risks of gene drives is to develop approaches to halt their spread or to delete them if necessary,” said UC San Diego Distinguished Professor Ethan Bier, the study’s senior author.

Researchers have developed a new genetic system that would stop gene drives in the wild.

“It inactivates the gene drive in its tracks and continues to spread across several generations ‘chasing down’ the drive element until its function is lost from the population,” said Xiang-Ru Xu, the lead researcher.

To completely eradicate the drive, the researchers developed another genetic system that can be inserted into an animal that already has a gene drive. This system causes the drive to attack — and eliminate — itself.

Bier says the research team spent about 15 years developing these new systems. However, he cautions that these neutralizing systems aren’t a 100% safeguard against unforeseen consequences. Gene drives have enormous potential for good, the researchers say, but deploying them responsibly depends on having these control mechanisms in place.

From the Lab to the Field

Gene drives have proven their worth in the lab, but they haven’t been tested in the field yet.

When they are ready for prime time, the first place they’ll likely be used is in the West African country, Burkina Faso. Here, mosquitoes have grown resistant to insecticides, and 66% of deaths among children under 5 are due to malaria.

Target Malaria, a nonprofit research center funded by the Gates Foundation, has begun laying the groundwork to introduce an anti-malarial gene drive into the mosquito population.  This includes outreaching to local villages to educate them on gene drives and get their input, as well as working with the country’s government and regulatory agencies.

All of these discussions about potential unintended consequences and the need for contingency plans assume that gene drives will actually be really efficient out in the wild.

That might be great, and wipe out malaria, or it might be a problem if it has unforeseen downsides. But scientists think it might not happen at all. Maybe the gene drive mosquitoes will be too dispersed to have an effect, or maybe natural selection will weed them out — they won’t be as attractive to potential mates, or maybe they’ll be more easily killed or physically weaker.

All of these unknown factors could reduce the effectiveness of the drives. Target Malaria told The New York Times that because of these factors, they don’t actually expect the gene drives to completely eradicate malaria.

“The goal is really just to deplete the mosquitoes from an area enough that the parasite-insect-human cycle collapses,” Delphine Thizy of Target Malaria said. “If you look at all the obstacles — the physical obstacles, like geography, as well as the evolutionary pressures — it’s more likely that even a really well-engineered gene drive won’t spread as well as we’d think.” 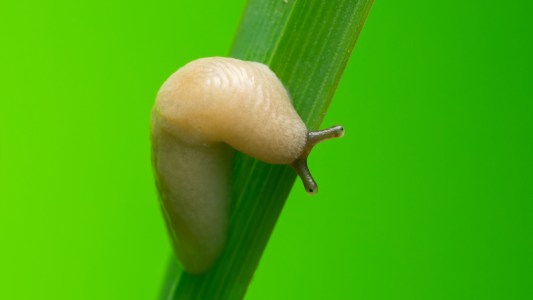 A parasitic nematode used in Europe to kill slugs was just discovered in Oregon, supporting calls to have its use for pest-control approved Stateside.

Agriculture
Nematode worm could liquify slugs for US farmers
Subscribe to Freethink for more great stories
Subscription Center
Sections
Video
Freethink
Subscribe
We focus on solutions: the smartest people, the biggest ideas, and the most ground breaking technology shaping our future.
Subscribe