After years of hype as a potentially transformative technology, CRISPR is finally starting to make good on its promise for treating genetic disorders — even curing a handful of patients of sickle cell disease.

But even at its best, CRISPR has problems. It’s far better at deleting broken genes than inserting replacements, which limits the kinds of diseases it can treat.

Now, the startup Tessera Therapeutics has emerged from stealth mode to announce the invention of “gene writing,” a new kind of genetic engineering that can more easily insert whole functioning genes — tech it claims could be even more powerful than CRISPR.

The Path to Gene Writing

The groundwork for Tessera’s gene writing tech was laid three years ago, in 2017, at Cornell University.

Cornell microbiologist Joe Peters was studying “mobile genetic elements” (MGEs), a type of bacteria gene that can insert itself (kind of like a virus) into the genome of another cell — like another bacteria or the cell of an infected animal.

Gene writing could be even more powerful than CRISPR.

Peters and his collaborators discovered through their research that MGEs are incredibly adept at recognizing, rewriting, and moving DNA — they even found evidence that CRISPR itself (which is a tool borrowed from bacteria) actually evolved from an MGE.

In the journal PNAS, they suggested that MGEs might be useful for genetic engineering.

Jake Rubens, Tessera’s co-founder, contacted Peters after seeing the paper, and Tessera began sponsoring his lab’s research into MGEs. Since then, Tessera scientists have identified 8,000 MGEs that showed promise as genetic engineering tools when tested on human cells.

CRISPR is far better at cutting out genes than it is at inserting them. It’s also better suited for making edits to genes in the lab, outside the body, than in living organisms — that’s how it’s helping patients with sickle cell anemia, by transplanting stem cells that are first genetically engineered in the lab.

Tessera says its gene writing tech can make much larger changes than CRISPR and that it can make them in vitro — the company claims it’s already done so, in mice.

The startup is now researching the types of genetic disorders it thinks gene writing could be used to treat: ones that would require the insertion of a lot of replacement DNA.

“Simplistically, we think of it as a new category,” Tessera CEO Geoffrey von Maltzahn told Wired. “Gene writing is able to make either perfect deletions or simple base pair changes, but its wheelhouse is (…) the ability to make large alterations to the genome.”

Still, the startup has just come out of stealth mode and has yet to publish any research of its own on its gene writing technology.

Fyodor Urnov, scientific director of UC Berkeley’s Innovative Genomics Institute, who is not involved in the company, did tell Wired he thinks Tessera’s approach “absolutely deserves pursuit,” but that it’s too soon to say whether it’ll usurp CRISPR as the genetic engineering tool of choice.

“What I’ve learned from three decades in this field is that only the clinic can tell you what tech will ultimately be the best way forward for a given disease,” Urnov said. 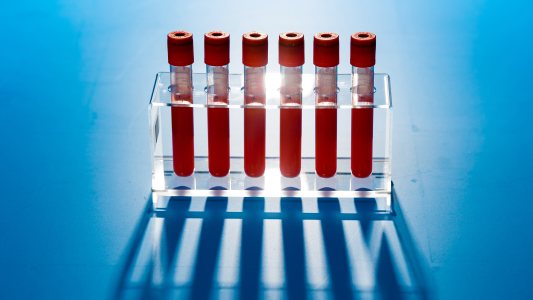 A newly unveiled personalized blood test for cancer monitoring has a sensitivity 10 times that of existing liquid biopsy methods.