A critically endangered species of wild horse just got a shot of new blood.

This foal, Kurt, is a clone whose DNA was cryogenically frozen 40 years ago — and he’s poised to add a much-needed dose of genetic diversity to his species’ tiny population.

Why Is Genetic Diversity Important?

Przewalski’s horse, also known as the takhi, is a stocky horse species native to central Asia. Once extinct in the wild, today there are about 2,000 Przewalski’s horses in zoos and reestablished wild herds across the globe, thanks to conservation efforts.

Despite that progress, though, the species’ future is still in jeopardy because all of those horses are descendants of the same 12 wild-born horses, and a lack of genetic diversity could be the species’ downfall.

Having a robust gene pool is key to a species’ survival — as its environment changes, the species will produce offspring with the traits most likely to survive that new environment (natural selection, in a nutshell).

A lack of genetic diversity doesn’t just limit a species’ ability to survive environmental change, it also increases the chances of inbreeding. This can result in the spread of unwanted traits through the population — again, decreasing the species’ chances of long-term survival.

In 1972, the San Diego Zoo established the world’s first frozen zoo (a facility where researchers store cryogenically frozen genetic material from animals), and 40 years ago, it added the DNA of a male Przewalski’s horse, named Kuporovic, to the collection.

While the horse is also a descendant of the original 12 Przewalski’s horses, his genome had more genetic variation than any living takhi, so the zoo partnered with Revive & Restore, a wildlife conservation organization, and ViaGen Equine, a company that clones pets and horses, to create Kuporovic 2.0.

On August 6, a surrogate mother gave birth to the cloned horse, named Kurt after the founder of San Diego’s frozen zoo, Kurt Benirschke. The foal is reportedly happy and healthy, and once he’s older, he’ll join a breeding herd.

“It is our hope that in five to 10 years, as Kurt matures into the world’s first cloned Przewalski’s stallion, he will successfully mate and thus contribute to the genetic diversity of his species and to the future of conservation innovation,” Revive & Restore wrote of the project.

Przewalski’s horse isn’t the only endangered — or even outright extinct — species scientists are attempting to revive through cloning. There are ongoing efforts to do the same for the northern white rhinoceros, the black-footed ferret, and even the long-extinct wooly mammoth.

The use of cloning in an attempt to save Przewalski’s horse from extinction might not end with Kurt, either.

San Diego’s frozen zoo contains the genetic material of hundreds of Przewalski’s horses, and now that researchers know that it’s possible to clone the animals, other clones could follow in Kurt’s hoofsteps — bringing more much-needed genetic diversity to the critically endangered species. 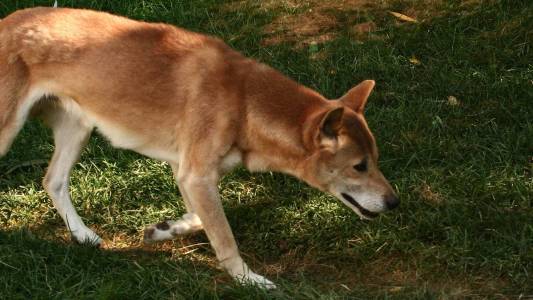